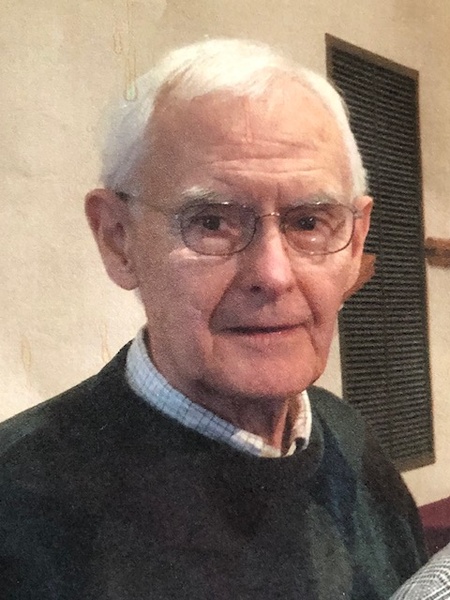 Born in Savannah, Georgia on October 9, 1936 to Catherine Daniels and William Belger Griffin, Bill spent his childhood in Atlanta, Georgia. Bill had a passion for Scouting and participated throughout his life, attending Philmont Scout Ranch as a Scout and later as an adult volunteer.  He joined the Air Force and served for 8 years, with the primary job of photography, which became a lifelong avocation. During his assignment to London, England, his stint in supporting a summer camp led to the fateful meeting with his future bride Margaret.

Bill and Margaret married in England in 1960 and moved back to the US in 1961, living in Washington, Georgia, Florida, New Jersey, South Carolina, and Alabama over the course of their marriage. They settled in Mahwah, NJ in 1971, where Bill served as a chief of Company #4 Mahwah Volunteer Fire Department. He graduated from Ramapo College in Mahwah, NJ. Bill spent his career in sales with Pfizer and later ADM, retiring in 1999 and moving to Hilton Head Sun City in Bluffton, SC.  Active in retirement, Bill volunteered with Habitat for Humanity and took up kayaking. He used his skill as a photographer and as a magician to support nonprofit groups including the Sun City Veterans, and worked in advertising sales at the Bluffton Sun. Bill and Margaret were founding members of Church of the Palms in Okatie, where Bill was well known as a friendly greeter on Sunday mornings and as a dedicated member of his beloved “Brothers” group. Bill and Margaret moved to Goshen, Alabama, in 2017 and treasured living in close proximity to daughter Cathy and Brad and getting involved in Park Memorial UMC in Troy.

A memorial service will be held in South Carolina in September.  Memorial donations may be made to the Church of the Palms in Okatie, SC, or the Park Memorial UMC in Troy AL.

To order memorial trees or send flowers to the family in memory of William Griffin, Jr., please visit our flower store.