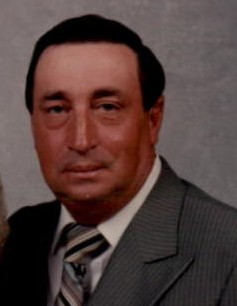 Wayne A. Reeves, age 76, of Banks, Alabama, passed away Saturday, April 24, 2021, following an extended illness. A funeral service will be held Thursday, April 29, 2021, at 2 p.m. at the Full Gospel Assembly of God Church-Enon with Pastor Jimmy Helms officiating. Burial will follow in Banks Cemetery with Levi Davidson, Ricky Henderson, Jerry Henderson, Dewayne Henderson, Bobby Earles, and Dale Harden serving as pallbearers. Honorary pallbearers will be Dr. Steven Reeves, Stuart Reeves, and Danny Henderson. Green Hills Funeral Home directing. Mr. Reeves will lie-in-state one hour prior to the service at the church. Visitation will be Wednesday, April 28, 2021, at Green Hills Funeral Home from 6 – 8 p.m.

Wayne was born and raised in the Shiloh Community of Pike County, Alabama, and a graduate from Pike County High School. He went to work straight away doing what he knew best, hard labor. He was an integral part of the operations around Harden’s Dairy, a dawn-to-dusk farmer of mostly peanuts, and later, a knowledgeable resource with the Barr Dairy Farm from where he retired. He even found time to help his father on occasion with his logging business. Though, it wasn’t always all work for Wayne. He did manage to escape to the woods sometimes to scour the landscape for deer and turkey, or to open a can of worms and wait for a bump on the line. Hunting even played part in the long-lasting partnership he shared with Mrs. Janice. She came to know him through the CB Radio as “Bird Dog,” a true description because he did actually bird hunt, but her handle “Green Thumb,” perhaps not as accurate, in that she claims no such gardening skills. They courted “over-the-air” and around her night shift schedule working at the nursing home for a brief nine months, until one night, when he proposed in the parking lot. Wayne was out of gas, and like the tale he told Mrs. Janice once, he’s finally made it home. Over-and-out, Bird Dog.

The family wishes to extend many thanks to the staffs of Luverne Health and Rehabilitation and Troy Health and Rehabilitation for their tremendous care, and to Ms. Alma Hampton for her attentive nurture and support. Friends and family can sign the guestbook online at www.greenhillsfuneralhome.net. The staff of Green Hills Funeral Home is honored to serve the Reeves family.

To order memorial trees or send flowers to the family in memory of Wayne Reeves, please visit our flower store.