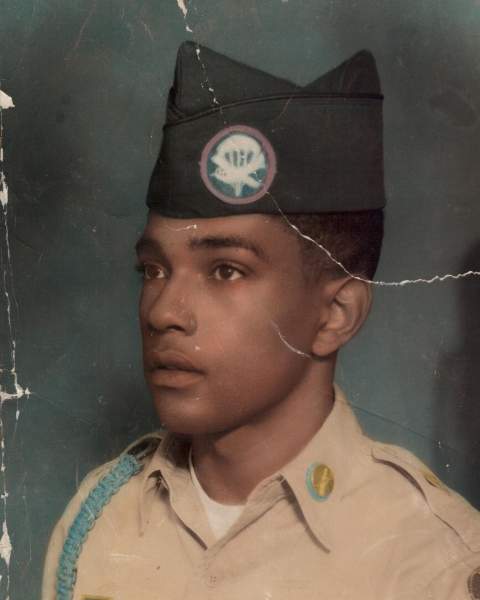 Tony McCray, retired Army Ranger and paratrooper, passed away on Thursday, August 18, 2022, at the age of 81.  Funeral services will be at 11:00am on Tuesday, August 23, 2022, at Green Hills Funeral Home with visitation one hour prior.  Rev. Charlie L. Sankey, Sr. officiating.  Burial will follow at Green Hills Cemetery Veteran’s Park.

Mr. McCray was born in 1940 to the late Louise McCray.  He attended school in Troy and graduated from Academy St. High School. After graduation he traveled to Ohio to visit family and joined the US Army there.  He served our country in 2 tours to Vietnam and was stationed overseas in Germany.  He was awarded two purple Hearts for bravery and wounds received in combat.  Upon retiring from 20 years of military service, he moved to Atlanta and worked for SunTrust Bank for several years.  He made it back to Troy, and married Bessie McCray, his devoted wife.  Golf and fishing were some of his preferred activities and you could find him watching Barney Fife, his favorite character on the Andy Griffith Show.  Mr. McCray also enjoyed watching sports and was a fan of the Golden State Warriors and an avid Alabama football enthusiast!

Loving survivors include his wife, Bessie McCray; three children; and ten siblings.  He was preceded in death by his mother; his loving grandparents, who raised him, General & Lula McCray; one child; and three siblings.

To order memorial trees or send flowers to the family in memory of Tony McCray, please visit our flower store.