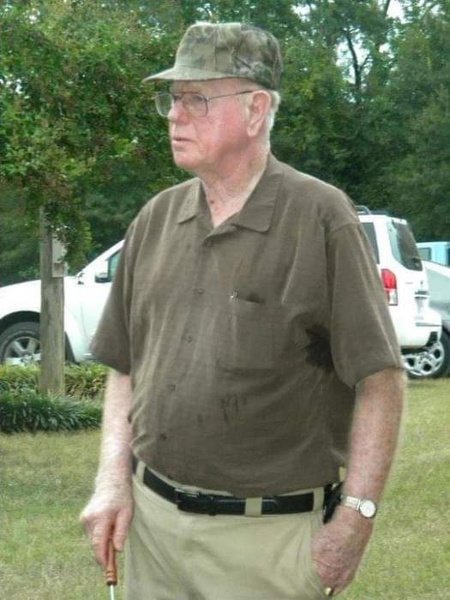 Tommie Ray “Red” Oliver, age 90, a lifelong resident of Pike County, Alabama, passed away Saturday, August 15, 2020, at home surrounded by loved ones. A funeral service will be held Monday, August 17, 2020, at 10 a.m. in the chapel of Green Hills Funeral Home with Reverend Andrew Knick officiating. Honorary pallbearers will be the members of his Sunday school class and members of the Domino Club. Burial will be in Green Hills Memorial Cemetery.

The man, the master, the mechanic, the breakfast legend—Red Oliver. Folks called him Red for mostly obvious reasons: his fiery red hair, his rosy complexion, his hot, rarely tested, temper, and his spicy sense of humor. He was a respected figure in the community, committing many years to the betterment of countless Pike County patrons’ vehicle performance, first at Mary Chevrolet, and then, a near 40 years more of mechanical expertise at H & O Garage located at the heart of South 3 Notch Street. There, right behind that notable shop is where the Domino Club was born. And faithfully, at a gathering every two weeks, some of the finest fare was served to its members. Fried salt fish, salmon croquettes, sausage, tomato gravy, and biscuits—oh, the biscuits! The Domino Club, while famous for its breakfast, was so much more. It fostered genuine fellowship and unwavering friendships, taught impressionable generations valuable life lessons, and paid tribute to the importance of service, duty, faith and the American spirit. Red’s reputation of camaraderie and dedication will carry on through the hearts that he touched, and beyond in the legacy that is the Domino Club.

The family wishes to extend special thanks to the staff of Kindred Hospice for their compassionate care. In lieu of flowers, charitable contributions can be made in his honor to the Pike County Animal Shelter (904 Henderson Highway Troy, Alabama 36079). Friends and family can sign the guestbook online at www.greenhillsfuneralhome.net. The staff of Green Hills Funeral Home is honored to serve the Oliver family.

To order memorial trees or send flowers to the family in memory of Tommie Ray "Red" Oliver, please visit our flower store.