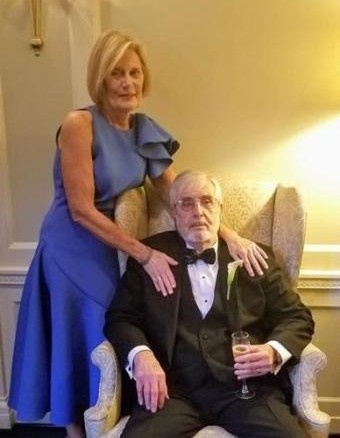 On Wednesday night, September 25, 2019, Thomas Morgan (Tom) Rice, husband, father, grandfather and brother passed away surrounded by his family. Tom was born on March 15, 1941, in Elberton, GA to parents Morgan and Blythe Rice, who preceded him in death.

Tom graduated from the Georgia Military Academy, where he had the privilege of marching in President Eisenhower’s second inaugural parade in 1957. He then went on to receive his bachelors and master’s degrees from Clemson University where he became a lifelong fan and supporter. He spent his entire career working in aviation engineering for various companies throughout the United States and retired from Cessna Aircraft in 1992. His work took him all over the world to places as far away as China. Tom was also a brilliant storyteller who could make any story seem like an epic masterpiece.

A chapel service will be held on Friday September 27, 2019 at Green Hills Funeral Home at 4:00 in the afternoon. In lieu of flowers, memorials can be made to Smile-A-Mile (www.smileamile.com); 150 2nd Avenue South, Birmingham, AL 35233. For donations please state in either the subject or comment section that the memorial is “In Memory of Tom Rice.”

The staff of Green Hills Funeral Home is honored to serve the Rice family.

To order memorial trees or send flowers to the family in memory of Thomas Rice, please visit our flower store.