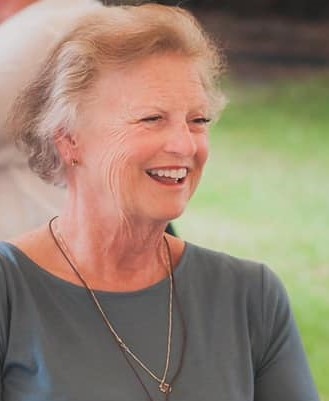 Tammy, a gem of the South, was a petite and robust package packed full of determination, creativity, performance, and execution. It started at an early age in Wicksburg, Alabama where Tammy was a dutiful student discovering her passion for 4-H in her local school program, serving as the editor for the yearbook, encouraging the crowds from the sidelines as a cheerleader, and graduating as the class valedictorian in 1973. She represented her community well gracing the stage in the 1973 National Peanut Pageant. She went on to study home economics at the University of Montevallo where she received her bachelor’s degree and furthered her studies at Alabama A&M University receiving a master’s degree in home economics education. Tammy’s love for the 4-H program was showcased not only through her childhood participation but also through her eventual career choice as an extension agent and later, county agent coordinator. Tammy built her 33 year career with the 4-H program serving for seven years in Jackson County and another 26 years in Pike County. She impacted thousands of lives, not just 4-Hers, but the families of 4-Hers. You can ask almost anyone in Jackson or Pike Counties about her, and they will tell you, Tammy was the best of the best. She encouraged all young people to be the very best they could be and showed them through her own examples of the 4-H creed, “I pledge…My head to clearer thinking, my heart to greater loyalty, my hands to larger service, and my health to better living for my club, my community, my country, and my world.”

She promoted participation in a gamut of activities, bringing her family along whether it be to a calf show or a backyard barbeque. Tammy had a hand in most everything in Pike County. She was a valued member in a host of organizations to include the Pike County Cattlewomen’s Asscociation, the Farmer’s Federation, Brundidge Study Club, Treasure Forest Association, Farm City Committee, Alfa Women’s Committee, the board for the Pike County Salvation Army, Pike County Relay for Life and United Way. She was active in her church serving as the former youth group leader, choir president, and the United Methodist Women’s organization. Even after retirement she remained loyal to her commitments dedicating countless hours to many programs.

Tammy’s heart to care for others was innate as an only child who nurtured those closest to her through hardships and sickness. She found that same devotion in her partnership with Eddie. She and Eddie met in first grade and kindled their love for one another as they became of dating age. That love has been ignited for 43 years. It brought their daughter Heather, whom Tammy adored and often boasted her accomplishments, a son-in-law, Eric, and two precious grandsons who promoted her to “Ganny”.

Rejoice! Rejoice! For the gates have opened and peace was found. Tammy was a gallant warrior facing fear with optimism, concealing pain with fortitude, and inspiring the downhearted with infinite wisdom. In Tammy’s own words, she will miss us for a while, but looks forward to a celebration in Heaven when we all get together again.

The family wishes to extend many thanks to the staff of Compassus Hospice, Amy Drinkard, and Dot Maulden for their tremendous support and care. In lieu of flowers, contributions can be made in her honor to the Pike County 4-H Program (306 South Three Notch Street Troy, AL 36081), Brundidge United Methodist Church (C/O General, Choir, or Building Fund 140 North Main Street Brundidge, AL 36010), or the American Cancer Society (C/O Pike County Relay for Life Chapter 3054 MeGehee Road Montgomery, AL 36111). Friends and family can sign the guestbook online at www.greenhillsfuneralhome.net. The staff of Green Hills Funeral Home is honored to serve the Powell family.

To order memorial trees or send flowers to the family in memory of Tammara "Tammy" Powell, please visit our flower store.