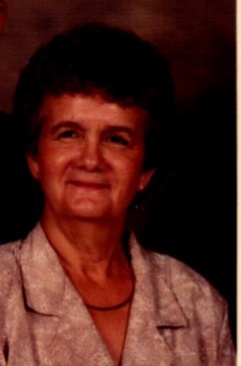 Ruby Lois Ellis, age 85, of Brundidge died Friday, November 1, 2019 at her home. Ruby was born to the late Atlas and Ruby Flowers Maulden. She was also preceded in death by her husband, Lonnie Ellis and her brothers, Ray Maulden and Tom Maulden.

A funeral service will be held Monday, November 4, 2019 at 2:00 PM from the Shady Grove Baptist Church in Brundidge with Reverend Shirlie Ellis officiating. Burial will follow in the Shady Grove Cemetery. Green Hills Funeral Home directing. Visitation will be held at the church from 12:00 PM until 2:00 PM.

The staff of Green Hills is honored to serve the Ellis family.

To order memorial trees or send flowers to the family in memory of Ruby Ellis, please visit our flower store.