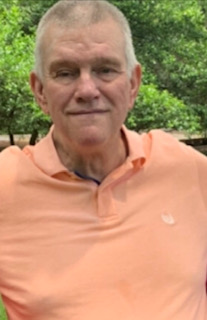 Gary, also known as Cool Mac by many of his friends, was a master carpenter and spent many years building houses with his uncle Wendell. He was proud of his work and would often point out the houses he had helped build throughout the years.  He was an avid Alabama football fan. He could always be found watching the games and enjoying himself on football Saturdays. On Sunday afternoons, he enjoyed watching NASCAR, and was still a huge Dale Earnhardt fan. He enjoyed spending time with his family and especially admired all his nieces. He was excited to watch his nephew, whom he had always wanted, grow up to be a NASCAR fan with him. In fact, he made sure to let everyone know he planned to give his toy car collection to his nephew when he was old enough to understand how important they were. Gary loved to fish and spent countless hours with his cousin Ronny fishing in his pond. He was also a dog lover, and there were few times in his life that he did not have a dog as his companion. As of recently, he had made a special bond with the family dog, Cosmo.

Gary was saved by the grace of Jesus Christ and would tell you that one day he would make it home to see his mama and daddy again and along with his other loved ones that had gone ahead of him. Bubba had not been well for several years and now he is finally healed and Home with his Savior. Our family will miss him greatly, but the loss is not without hope that we will soon see him again. We find peace and strength in knowing that God’s plan is greater than our own. We are proud of the memories we got to share together and will always cherish them. We know that one day our entire family will be joined together again around the throne of Jesus. For it is by grace you have been saved, through faith—and this is not from yourselves, it is the gift of God— Ephesians 2:8

Gary was preceded in death by his parents, Robert and Christine Clifton; grandparents, E.B. and Mabel Clifton and Odie and Ella Chandler; brother-in-law, Nolan Dicks; and special aunt, Hattie Clifton. He is survived by his sisters, Elaine Dicks of Pine Level and Debbie Croy of Grady; brother, Dell Clifton (Tracy) of Goshen; nieces, Christy Weihe (Cody) of Grady, Hannah Hamilton (Jerry) of Montgomery, and Mallory Clifton of Goshen; great-nephew, Copeland Weihe; aunts, Pat Steward of Montgomery and Joyce Esterer of Montgomery; special cousins, Allison and Ronny Little of Grady; as well as numerous other family members.

Flowers will be accepted, or memorial donations may be made to the Pine Level Baptist Church Cemetery Fund (PO Box 5, Pine Level, AL 36065). Friends and family can sign the guestbook online at www.greenhillsfuneralhome.net. The staff of Green Hills Funeral Home is honored to serve the Clifton family.

To order memorial trees or send flowers to the family in memory of Robert "Gary" Clifton, please visit our flower store.