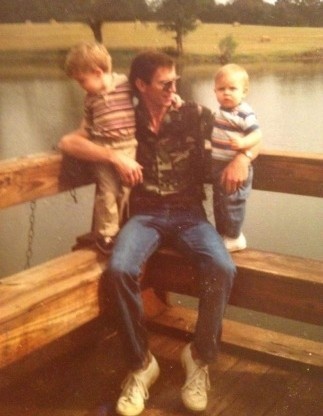 Ricky “Tick” Davis, age 64, a lifelong resident of Troy, Alabama, passed away Sunday, October 24, 2021. A celebration of his life will be held Friday, October 29, 2021, at 1 p.m. at Calvary Baptist Church, Troy, with Reverend Mack Lowery officiating. Honorary condolers will be Dick Freeman, Stone Shirah, Jack Jordan, Dr. Robert Hawkins, and Danny Boutwell. A private family committal service will be held at a later date in the Davis family cemetery. Visitation will be one hour prior to the service at the church.

Ol’ Ricky Tick─legend amongst the pines of Youngblood, friend to more than a few between county lines, and family fan of the whole Davis clan─his name often prefaced tall tales and plenty of laughs, but his heart for family and friends always beat strong and true. Ricky was born and raised right in the heart of Troy on Fairview Street where plenty of mischief makers gathered, and nicknames were garnered. He attended Charles Henderson High School and went on to graduate from Pike Liberal Arts School.

Ricky loved best to be Dad, and he cherished every weekend with his boys. He called home to the family pond in all his spare time and made it a point to share his passion and wonderment for the country. The boys were raised right, alongside Ricky’s trusty black and tan and walker dogs, running deer, casting lines, reeling-in bream, and dissecting the intricate lyrics of classic country songs.

Ricky was a familiar face and resourceful representative with the Troy Cable plant operations team. Following his retirement in 2013, he was a passionate advocate for the Troy Animal Rescue Project and an instrumental figure to the success of their rescues. He opened his home to foster animal friends of all kinds and spent countless hours volunteering labor and love in the local shelters. He even made time to show his allegiance to the best collegiate athletic force, the Alabama Crimson Tide, and may have been considered an even bigger Braves rooter. He was proud to know they were charging forward to the World Series.

In lieu of flowers memorial donations can be made in his honor to the Pike County Animal Shelter (904 Henderson Hwy., Troy, AL 36079) or to Troy Animal Rescue Project (C/O T.A.R.P. Jones Animal Clinic, 242 Lee Street, Brundidge, AL 36010). Friends and family can sign the guestbook online at www.greenhillsfuneralhome.net. The staff of Green Hills Funeral Home is honored to serve the Davis family.

To order memorial trees or send flowers to the family in memory of Ricky "Tick" Davis, please visit our flower store.