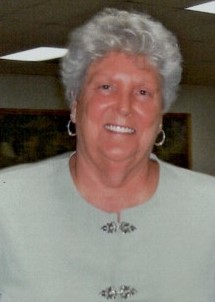 Phyllis M. Risdon Lavender, age 78, a longtime resident of Troy, Alabama, passed away Sunday, November 29, 2020, following a brief illness. A celebration of her life will be Saturday, December 5, 2020, at 2 p.m. in the chapel at Green Hills Funeral Home with Rev. Mack Lowery officiating. Honorary condolers will be Mark Gant, Gary Van Dusen, Chad Taylor, Barry Grissom, and David McCollum. Friends and family are invited to gather for fellowship following the service at the funeral home.


Phyllis…Honey…Nana…she answered to them all. She was a gracious, good-hearted, go-getting gal with a radiant recipe for life. Born and raised in Lansing, Michigan, Phyllis locked hearts with her Bob at a tender age even at the disapproval of her father (because, let’s be honest, no one is ever good enough for an only daughter) and orchestrated a strategic plan to be with him forever. The pair married at 17 and called each other sweethearts until the end. Phyllis steadied the home-front and kept things running. She tackled all the tasks at hand, never wavered, and never failed to offer unconditional love or supportive criticisms. Together, she and Bob travelled by land and water, raised three boys, captured priceless memories, and gained treasured friendships. Outside of being “the best mom”, she flourished most as a cordial campground host. Her keen nature welcomed travelers and guests, and her attentiveness always got them to the right spot (and with a discount). Phyllis had a knack for crafting, with special recognitions paid to her afghan and scrubby crocheting and mixed media painting talents. Her life recipe is one for the best cookbooks: one cup of take charge, two cups of make it happen, a dash of have fun, a sprinkle of always be honest; mixed all together with gratitude; and baked forever with love, or as she and Bob said, “taamo.”


In lieu of flowers, contributions can be made in her honor to the Troy Animal Rescue Project (C/O T.A.R.P. Jones Animal Clinic 242 Lee Street Brundidge, AL 36010) or to Calvary Baptist Church of Troy (118 West Orange Street, Troy, AL 36081). Friends and family can sign the guestbook online at greenhillsfuneralhopme.net. The staff of Green Hills Funeral Home is honored to serve the Lavender family.

To order memorial trees or send flowers to the family in memory of Phyllis Lavender, please visit our flower store.