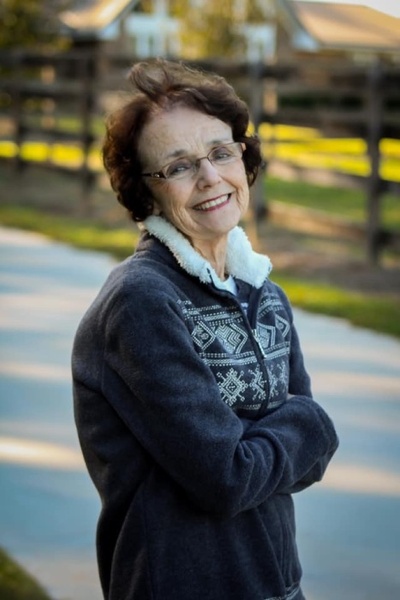 Peggy Brock Davis, age 70, a lifelong resident of Troy, Alabama, was called to eternal rest Friday, February 5, 2021. A celebration of her life will be held Monday, February 8, 2021, at 2 p.m. at Murphy’s Chapel United Methodist Church with Reverend Bob Yawn officiating. Burial will follow in the church cemetery with Green Hills Funeral Home directing. Serving as pallbearers will be Ray Brock Davis, Bailey Renfroe, Hayden Jordan, Brock Davis, Adam Kilcrease, Davis Kilcrease, Blake Adams, and Will Austin. Honorary pallbearers will be members of the Murphy’s Chapel UMW and the Pike County Cattlewomen’s Association. Visitation will be Sunday, February 7, 2021, from 4 – 6 p.m. at Green Hills Funeral Home. State health guidelines will be implemented for all services, and masks are suggested for attendance.

Peggy has long been an encouraging pillar and smiling face of the Troy community. She was raised on Fairview Street, a cheering Trojan, and proud graduate of the Charles Henderson High School Class of 1969. She and her sweetheart, Wayne, courted through high school and only grew closer through her college years. She was determined to graduate from college before they married, and she did just that. She graduated in the Spring of 1972 from Troy State College with a degree in Business Education, and she and Wayne married later that year in December.

Peggy launched her social work career at the Troy Hospital and went on to dedicate 32 years of service with the State of Alabama, from where she retired. She was inherently genuine and compassionate, traits that served her well in her trade. Peggy resonated with people, of all kinds, and was motivated to offer solutions and support for their hardships.

“Peg”, “Mama”, or “Nana”, however you might have known and loved her, served her family well too. They say she was the “best Mama in the world.” She stacked and sliced countless sandwiches, prepared homecooked meals, and baked all the family birthday cakes. She was always well informed, keeping up with her folks in the Needmore community, and patrolling her neighborhood grounds like the certified “Needmore Police.”

Emily Post said, “Nothing is less important than which fork you use. Etiquette is the science of living. It embraces everything. It is ethics. It is honor.” Peggy made a good and happy home because she lived as an authentic Southern Lady. Joyful memories of brimming bows, smocked monograms, proper serving ware, and her long-drawn accent garner laughs about her impassioned attention to details and ability to make her preferences known. Her signature and legacy though are so much more. She was good and kind and heartening. Even now you can hear her say, “Lookin’ good Big Team.”

Flowers will be accepted, or memorial donations may be made in her honor to the Murphy’s Chapel Cemetery Fund (C/O Tracey Davis, Troy Bank and Trust, PO Box 967, Troy, AL 36081). Friends and family can sign the guestbook online at www.greenhillsfuneralhome.net. The staff of Green Hills Funeral Home is honored to serve the Davis family.

A Memorial Tree was planted for Peggy

To order memorial trees or send flowers to the family in memory of Peggy Davis, please visit our flower store.