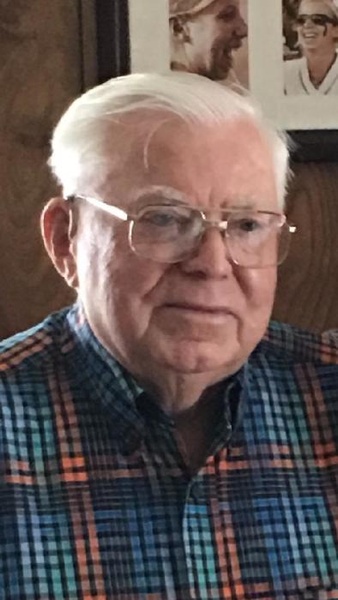 Mr. Dansby was born and raised in Ariton, Alabama, one of ten children, and a fraternal twin to brother Rex. Following his 1955 graduation from Ariton High School, he and Rex enlisted with the United States Air Force and endured a courageous worldwide journey. He often spoke of his flights to Japan and relished his opportunity to be a player and coach for the Bomber’s Baseball Team during his station duty at Guam. Upon his return, Mr. Dansby heeded the recommendation of good friend, Joe Bob Allen, and was introduced to his forever sweetheart, Louise. He made a career as an engineer with General Telephone Company and was proud to claim he never missed a day’s work in his 42 years of dedication to his trade. Mr. Dansby was quiet and thoughtful, and when he spoke, it was something you didn’t want to miss. He was honest and patient, good and kind, and a doting husband to Mrs. Louise and daddy to his girls, “Frog” and “Sugar”. The name he grew to love most was Poppy, and he cherished the occasions to share with his grandchildren his love for outdoor adventures, all-game hunting, bream fishing, dropping a line at Joe’s fishing hole in Ramer, Alabama football, the literary intrigue of great historical books and autobiographies, and the necessity of the Almanac. Mr. Dansby was multitalented, cultivating beautiful gardens brightened by vibrant Zinnias and bringing life back to tired plants with a healthy infusion of peanut hulls; pulling stuck hogs from the mud; and mending downed fence lines. He was drawn to the flavors and hospitality of the Cajun culture and often took trips to visit his twin’s family in Louisiana. Sightseeing, red fishing, cookouts, and shrimp always found their way to his agenda. Mr. Dansby rested in a sturdy, faithful foundation with the Lord and rejoiced in prayer for his whole family, out loud, every night. There was no waste in Mr. Dansby’s time here. If it included faith, family, fish, and peanuts, it was time well-lived.

The family wishes to extend heartfelt thanks to the staff of Encompass Hospice for their attentiveness and care, to Frazier Sloan for continued support, and to Forrest Lee for lasting, neighborly friendship. Flowers will be accepted or charitable contributions may be made in his honor to the Apache Warrior Foundation (7409 Shady Hallow Ct., North Richland Hills, TX 76182/ apachewarriorfoundation.com) or to the American Cancer Society (P.O. Box 22478, Oklahoma City, OK 73123). Friends and family can sign the guestbook online at www.greenhillsfuneralhome.net. The staff of Green Hills Funeral Home is honored to serve the Dansby family.

To order memorial trees or send flowers to the family in memory of Murray Dansby, please visit our flower store.