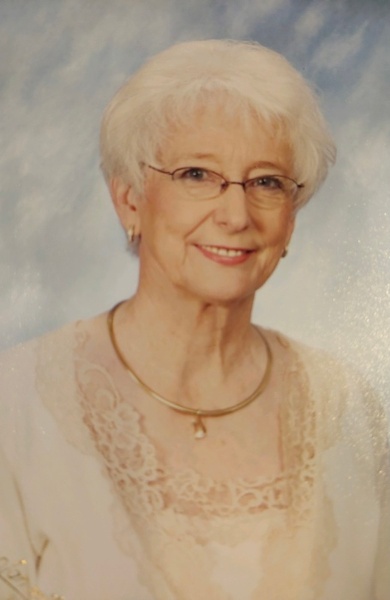 Mrs. Sanders was the embodiment of a southern lady. She cherished family, friendship and fashion and was considered by many to be their guardian angel. As the oldest of five children raised by a single mother, she helped raise her brothers and sisters. She considered helping others to be her life’s calling.

A native of Pike County, Mrs. Sanders graduated from Goshen High School in 1956 as class salutatorian. She and her late husband, George Perry Sanders, met on a blind date before they married and enjoyed 61 years together.

Family meant everything to her. She was a dedicated mother to her children, Brenda and Danny. Her love of family grew even more with the addition of five grandchildren and 10 great grandchildren. She took immense pleasure in her grandchildren’s activities. Whether it was dance recitals, ball games, cheerleading or beauty pageants — she was always there.

Her love of family extended to those she worked with as well. During her 31-year career at Troy Bank & Trust Co., she worked in the trust department and frequently secured sitters for customers. Often times, she would personally call and check on them. She graduated from Birmingham Southern Banking School while working at Troy Bank and Trust Co. She retired from the bank in 2006.

At 83, she embraced technology as a means to stay informed. Her iPad was never far away, and Facebook was her favorite means  to keep up with her family and community. She especially loved watching Cooking With Brenda Gantt.

An accomplished cook herself, Mrs. Sanders was her happiest when preparing a feast for her family — especially Thanksgiving and Christmas meals. Although she never had a big appetite and maintained a petite figure, her meals were well planned and there was always an abundance.

Community service was an important part of Mrs. Sanders’s life. She was a devoted member of Bush Memorial Baptist Church where she served on several committees and was a member of the Johnnie Andress Sunday School Class. She also served on the Mossy Grove Cemetery Board of Directors.She was a member of Beta Sigma Phi Sorority.

Mrs. Sanders found joy in nature and especially birds. Her home was filled with hundreds of bird figurines and her cherished African violets and Christmas cactus.  She made sure the hummingbird feeders were always full at her house and took special delight in spotting a cardinal - her favorite bird. She believed when God sent a cardinal, it was a visitor from heaven.

In lieu of flowers, memorial contributions may be made in her honor to Bush Memorial Baptist Church (605 South George Wallace Drive Troy, AL 36081). Friends and family can sign the guestbook online at www.greenhillsfuneralhome.net. The staff of Green Hills Funeral Home is honored to serve the Sanders family.

To order memorial trees or send flowers to the family in memory of Molly Sanders, please visit our flower store.