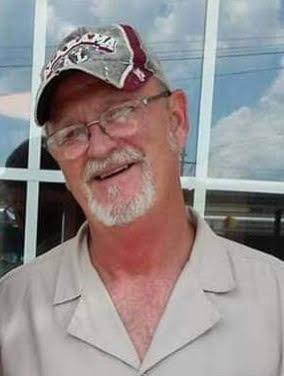 Mike called home to the River Region most of his life, spending time in Clanton, Montgomery, and Eclectic before making his way to Troy. He owned and operated Mike’s Pro Painting as a successful and recommended business for more than 30 years. He also dabbled with other jobs, notably raising Boxer dogs and serving as a softball coach for his daughters’ Montgomery City League team. Mike was a collector, dabbling in knives and swords and a gathering of critters that included chickens, rabbits, goats, peacocks, and pigs. He appreciated the solitude of fishing with a cold supply of suds, the grandeur of Alabama football, the speed of Jimmy Johnson NASCAR racing, the nostalgia of classic western movies, and the fellowship camping as a family at Wind Creek every summer. Mike loved, sometimes it was tough love, but always true love, and that is the greatest gift he could have left to cherish.

The family wishes to extend special thanks to Dr. Griffith Walters and his staff for their diligent care. Friends and family can sign the guestbook online at www.greenhillsfuneralhome.net. The staff of Green Hills Funeral Home is honored to serve the Burnette family.

To order memorial trees or send flowers to the family in memory of Michael Burnette, please visit our flower store.