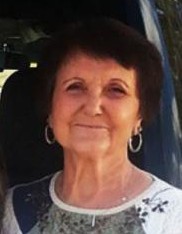 High school sweethearts John and Martha graduated together from Brantley High School in 1959 and a year later, in June of 1960, married and embarked on an exciting journey, growing in life and love together. They toured different towns, Montgomery to Tuscumbia, and were glad to finally call Troy home in 1968. She always said they “came to Troy on the back of a fertilizer truck and never found a ride out.” She worked with Liberty National Insurance, and John in the hardware business. In January of 1972, they acquired that hardware business and became the friendly fixtures and faces of the Lawrence Hardware store the community still supports today. She was a valued supervisor and integral part of the store’s operations and worked closely with patrons to offer superior customer service. Her proficiency was enhanced by the assistance of her sociable Jack Russell, Mindy, and later, and perhaps most remembered, her Yorkie, Scruffy. Martha didn’t let work burdens bear heavy either. She always knew how to lighten the spirit with practical jokes and a healthy dose of laughter. She loved the escape of a vacation, from the mountains of Gatlinburg to the valleys of Cades Cove, or just in her own backyard haven to listen to the passing waters of the creek. She was the glue, the planner, the icing on the cake. She was “Mom,” and none will ever be sweeter.

In lieu of flowers, memorials can be made in her honor to Riverview Baptist Church (Po Box 191 Troy, AL 36081). Friends and family can sign the guestbook online at www.greenhillsfuneralhome.net. The staff of Green Hills Funeral Home is honored to serve the Weed family.

To order memorial trees or send flowers to the family in memory of Martha Weed, please visit our flower store.