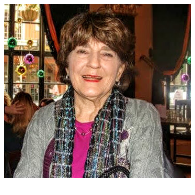 Martha Williford "Montney" Burkett, age 74 of Troy died Tuesday, July 17, 2018 in Troy. Montney graduated from Troy State university with a Bachelors degree in Education. She was retired from the Pike County School System having been a special education teacher at Goshen Schools. She was a member of the First United Methodist Church and until sickness made her unable to attend was a faithful member of the choir.

Funeral services for Montney Burkett will be held Friday, July 20, 2018 at 4:00 PM from the chapel of Green Hills Funeral Home with Reverend Steve Winton officiating. The Green Hills' Carriage will then take Montney to her graveside for burial. Visitation will be from 2:00 PM until 4:00 PM at the funeral home.

Honorary pallbearers will be the former and present members of The First United Methodist Church of Troy Choir.

The staff of Green Hills is honored to serve the Burkett family.

To order memorial trees or send flowers to the family in memory of Martha Burkett, please visit our flower store.