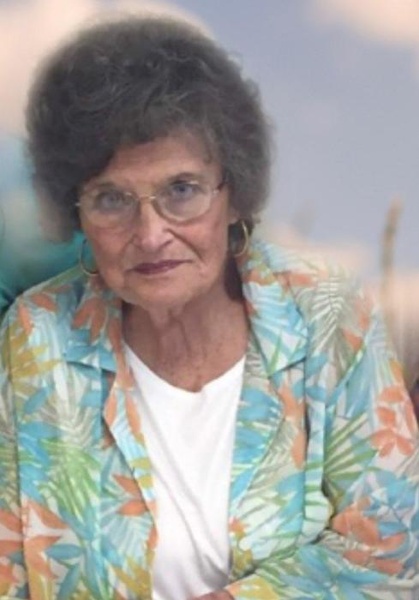 Linda “Lynn” Carol Johnson, age 77, a longtime resident of Goshen, Alabama, was called to her eternal resting place Sunday, June 20, 2021.  A celebration of her life will be held Wednesday, June 23, 2021, at 1 p.m. in the chapel of Green Hills Funeral Home with Pastor Dusty Taylor officiating and Patricia White as eulogist. Burial will follow in Providence Cemetery (Glenwood, Alabama) where she will be laid to rest beside her husband. Green Hills Funeral Home directing. Honorary pallbearers will be Tom Brown, Jason Franklin, Edward Shumpert, Chad Franklin, Daniel Ebarb, Rod Villegas, John Johnson, Richard Johnson, Scotty Hussey, Blaine Farr, and Jeremy Downing. A visitation will be held one hour prior to the service at the funeral home.

Lynn was born in Kinston, North Carolina, and raised in Pink Hill, North Carolina, a rural community just a few pine trees down from the city limits. She followed love, or better yet, Claud, to Goshen, Alabama, and embraced her newfound Southern roots that prospered a prepared and seasoned bounty from their garden and the importance of routine mealtime gatherings with family and friends. Lynn was a familiar face across town, working as an accountant with the Gibson-Carden Firm for more than 10 years, and later, as a promising real estate agent alongside Shirley Brabham at Century21 Real Estate Agency. Between tallies and sales, she was a great road warrior and cheering companion alongside Claud as he traveled the competitive horseshow circuits. Those rolling miles afforded opportunities for Lynn to immerse herself in the fiction of intriguing paperback novels, busy herself with the hunt for a classic film airing on satellite, or challenge herself with the perplexities of solving a great crossword puzzle. She was especially excited when their travels took her through the salt air of the Gulf Coast and alongside its sandy beaches. In her golden years, priorities shifted, and her best times circled around being called Granny, bragging of all her graceful ground-dives with escaped broken bones and shuffling about in her always slipping slippers. Lynn fought hard to prevail as a strong, independent woman, both professionally and personally, and she claimed victory to that feat through her final days. Her life worked strategically, like a puzzle, through a pattern of across and down, solving portions of the grid, and uncovering and developing her potential along the way until she pondered her last clue to complete her final square.

The Family wishes to extend many thanks to the staff of Encompass Hospice of Troy for their compassionate care and support.  Friends and family can sign the guestbook online at www.greenhillsfuneralhome.net. The staff of Green Hills Funeral Home is honored to serve the Johnson family.

To order memorial trees or send flowers to the family in memory of Linda "Lynn" Carol Johnson, please visit our flower store.