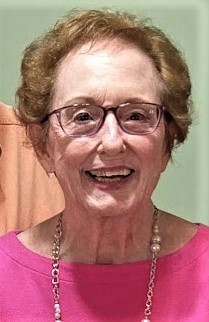 Judith “Judy” Bassett Cary, age 77, a longtime resident of Troy, Alabama, passed away Monday, November 8, 2021. A memorial service to honor her life will be held Thursday, November 11, 2021, at 11 a.m. in the chapel of Green Hills Funeral Home with Reverend Steve Winton officiating. Honorary condolers will be members of the Ann Love Sunday school class and friends of the Red Hatter’s group. The family will receive friends for fellowship following the service.

Judy was born and raised in Troy, Alabama, and a member of the inaugural graduating CHHS Class of 1962. She went on to study at the Birmingham School of Nursing earning her certification as a registered nurse, and later securing her first position at Troy State University in the student health center. Judy and Robert followed new professional opportunities to Pensacola, Florida, where she spent her first years working in the public health department. She later found a special niche in the OBGYN practice with Dr. Fred Braden, where she spent more than 30 years serving as his nursing assistant and welcoming new life into the world.

Retirement brought the pair back to Troy in 2002, and she and Robert resettled into the community close to family. Judy filled her free time with the lure of a good book, friendly gab with comrades over the phone, and stealing snuggles from her great-nephew and earning her most favorite title, Aunt Sugar.

The family wishes to extend many thanks and much appreciation to Gloria Jackson for her faithful and attentive care. In lieu of flowers, memorial contributions can be made in her honor to the First United Methodist Church of Troy General Fund (213 N Three Notch St., Troy, AL 36081) or to a favorite charity of choice. Friends and family can sign the guestbook online at www.greenhillsfuneralhome.net. The staff of Green Hills Funeral Home is honored to serve the Cary family.

To order memorial trees or send flowers to the family in memory of Judith “Judy” Cary, please visit our flower store.