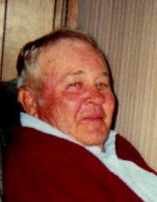 Joseph Harold Borland Jr., age 88, of Troy died Thursday, September 12, 2019 at his home. Joseph was born to the late Joseph Harold  Borland Sr. and Sarah Mills Borland in Pinckard, Alabama. Joe graduated from Troy High School and went on to attend Troy State University where he earned a business degree.  He also served in the U.S. Army for 2 years in Germany.  He was employed at Wayne Poultry for over twenty five years and served as accounting manager and feed mill manager before retiring in 1993.He was a member of Hephzibah Baptist Church for many years and served as a deacon.  He later moved his membership to First Baptist Church of Troy and was a member of the Barraca class.  He grew up on a farm in Troy and developed a love of the land and farming.  When he retired from Wayne Poultry he became a full time cattle farmer with one of his sons on Smart Road.  His goal was always to work hard, be a good steward of the land, and produce the finest quality beef cattle in Pike County. He loved his family and worked hard to provide a better life for his children  He was married to Eunice for 68 years and they  held each other up through the trials, tribulations , and triumphs of their life together. He had a special fondness for his grandson Andrew.  A funeral service will be held Sunday, September 15, 2019 at 3:00 PM in the chapel of Green Hills Funeral Home with Reverend Greg Aman officiating. Burial will follow in the Green Hills Memorial Park Cemetery. Visitation will be held 1 hour prior to the service at the funeral home.  His survivors include; wife of 68 years, Eunice K Borland of Troy, sons and daughters in law, Joseph Alfred Borland (Dianne) of Troy, Kenneth Harold Borland (Pat) of Auburn, a grandson, Andrew Borland of Troy, his sisters, Virginia Ward of Tallahassee FL, Eleanor O'Neal of Winter Haven, FL, Nancy Haisten of Birmingham and Betty Giles of Taylors, SC. Serving as pallbearers will be Richard Knotts, James Howard McLeod, Mike Knotts, Donnie Knotts, Jerry Knotts and Joe Briganti.

The staff of Green Hills is honored to serve the Borland family.

To order memorial trees or send flowers to the family in memory of Joseph Borland Jr., please visit our flower store.