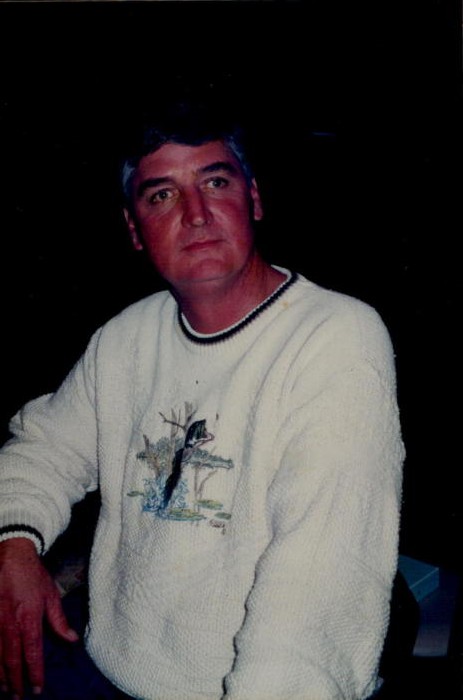 Yeah, you know him – My Mike, Uncle Mike, Mr. Mike – you know you did because Mike knew no strangers. If he didn’t already know you, he made it a point to get to know you, and if you were lucky, to give you a nickname. Sometimes folks like Mike are described as being a “people person,” but Mike is probably best described as being “good country folk.” It was once one of the highest compliments you could be paid, and his gift of growing relationships was a quality trait that was cultivated from valuable fundamentals, proper raisin’, and the comradery found in quaint small towns like Banks, Alabama. For Mike, it all started with the basics.

Mike was sandwiched right between brothers, making survival a necessary skill that required some creativity. He was part of the infamous “Smith Boys” clan, a group with a long legacy of mischief and tall tales. He was born and raised in the heart of Banks in the small family house where he still called home, graduated from Charles Henderson High School Class of 1971, travelled for a short stint as a pitcher with a semi-professional baseball team, then returned home to enroll at Troy State College. It’s argued his enrollment at the College was only a means to meet women, and probably a fair one, as most of his coursework included the likes of ballroom dancing. He came close to finishing school but made an early exit to pursue a trade in what he knew best, the woods.

Mike picked-up tricks of the timber trade working with various companies, some to include the Alabama Co-op, Georgia Pacific, and Green Timber Company, but ultimately settled close to home with the Southern Timber Company where he dedicated 30 years of service. He was recognized in the timber business across the Southeast and garnered his own fearless reputation of being the only timber cruiser who would brave the walk through the woods wearing boat shoes rather than snake boots. Mike was passionate about furthering education of the timber industry: the good it does for the environment, how and what it provides to society, and sustaining the trade for generations to come. When met with opposition, he was always quick to inform that no one, absolutely no one, wants to wipe their hind end with plastic. It seemed to always be the quickest dissolve to any timber dispute.

Mike was a God-fearing man, family man, and a great friend to many-a-man. He was a Deacon with Banks Baptist Church and rousing Sunday School teacher who could apply current life scenarios to the Bible’s greatest teachings. And he was never afraid to call a “come to Jesus meeting” if he felt like your pace needed a change. Mike made certain his time with family was well spent. He never missed an event and always came with cheer and support. His heart was fuller with the unmeasurable love he carried for his grandchildren, “Lizzie” and “Cam.” There was no greater joy for him than sharing a special bond with them hunting, fishing, attending gymnastics meets, and scouring sand crabs on the beach. Mike took special interest in mentoring the next generations. He was a great resource, soundboard, and haven for his friends, and a first-rate cook if you were ever hungry. He fed the town, built the best firesides, and welcomed everyone in because he could. And like Mike always said, “can’t never got nothing done.”

The family wishes to extend many thanks to Karen Smith, Allison Smith, Patricia Smith, and Danielle Pennington for their kind helping hands and generously offered time, and tremendous gratitude for the staff of Hospice Compassus for their attentive and compassionate care. In lieu of flowers, memorial contributions may be made in his honor to the Banks Baptist Church Annex Building Fund (31 East Troy Street, Banks, AL 36005). Friends and family can sign the guestbook online at www.greenhillsfuneralhome.net. The staff of Green Hills Funeral Home is honored to serve the Smith family.

To order memorial trees or send flowers to the family in memory of John "Mike" Smith, please visit our flower store.