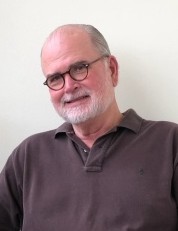 John Alan Little passed away Sunday, May 17, 2020, at his home in Troy. John was born August 13, 1954, in Hugh Springs, Texas. He later moved to Gadsden, Alabama, where he was raised. He graduated from Southside High School in 1972. He then attended UAB where he received a bachelor degree in biology and chemistry and a master’s degree in public health/health care administration.

John was a loving husband, father, Papa, boss, and friend. He was fully dedicated to his family, friends, and his job as CEO and founder of Southeast Alabama Rural Health Associates. John was married to his best friend and the love of his life, Pamela McCartney Little for 47 years. He leaves behind two daughters, Alithia Little Gunter (Shaun) of Troy and Brittney Little Calhoun (Richard) of Montgomery. He loved “his girls” with all his heart. He is Papa to his five “perfect” grandchildren, Ella Cate and Houston Gunter, and Lucy, Eloise, and Fletcher Calhoun. He also leaves behind his beloved great dane puppy, John Henry. Other survivors include his brother Jeffrey Little (Leslie), as well as his brothers and sisters-in-law, Bobby McCartney (Donna), Artie Winningham (David), and Todd McCartney (Karen); several nieces and nephews; and his mother-in-law, Mildred Medlin McCartney. John is preceded in death by his parents John Henry Little and Jean Petecost Little and father-in-law Robert Theo McCartney.

John devoted 38 years to the health care community where he was the founder and CEO of Southeast Alabama Rural Health Associates (SARHA). Because of his leadership and vision, SARHA is considered the standard by which all other rural health organizations operate. During his career, he served on various boards and held leadership roles. He served as President, Vice-President, Secretary, and Treasurer of the Alabama Primary Health Care Association. He was Board Chairperson of the Pike County Chamber of Commerce, Pike Industrial Board, and Board Director of the Troy Pike Cultural Arts Center. He was recently appointed for a 4th term on the Alabama Rural Health Association. John was also named outstanding CEO of the year at the Alabama Primary Health Care Association in 2004.

He was affectionately known by many in the Troy community as Papa John. He cherished this title and wore it well. He took great joy serving as a Sunday School Teacher in the First Baptist Church preschool department alongside “Cha-Cha” for more than 30 years. He also was honored to serve as deacon in the church. John will be greatly missed by all who knew and loved him.

A funeral service will be held Wednesday, May 20, 2020, at 2 p.m. in the sanctuary of First Baptist Church with Dr. Ben Smith, Mr. Geoffrey Spann, and Reverend Ross Lankford officiating. Serving as pallbearers will be Brock Little, Jim Cohen, Dan Smith, Don Lankford, Randy Buckner, Al Fox, Lenny Trawick, Laney Christopher, Kyle McCartney, Brian Winningham and Richard Broome. Honorary pallbearers will be the management and staff of Southeast Alabama Rural Health Associates and members of the Alabama Primary Health Care Association. Following the service, the family will receive friends on the front porch of the family home until 4:30 p.m. He will lie-in-state from 12 p.m. – 2 p.m. in the sanctuary. Interment will be at Green Hills Memorial Cemetery.

In lieu of flowers, memorials can be made in his honor to the First Baptist Church of Troy Preschool Ministry (200 West College Street Troy, AL 36081) or to the Lewy Body Dementia Association (912 Killian Road SW Lilburn, GA 30047). Friends and family can sign the guestbook online at greenhillsfuneralhome.net. The staff of Green Hills Funeral Home is honored to serve the Little family.

To order memorial trees or send flowers to the family in memory of John Little, please visit our flower store.