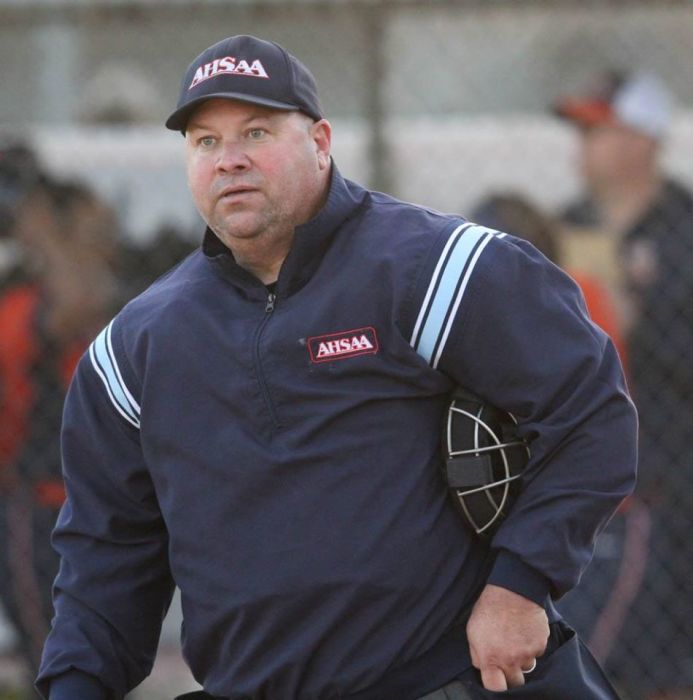 John Harris Hudson, age 53, of Troy, Alabama, passed away Thursday, March 26, 2020. A private family graveside will be held at Evergreen Cemetery in Elba, Alabama. A celebration of John’s life will be held at a later date.

John was actively involved in the Alabama High School Athletic Association as a lead official, District 6 director for Dixie Softball, and agent for South Central Football Officials. John’s passion for athletics and sportsmanship imprinted upon countless youth athletes across the state, and his contribution to the games will forever be remembered. He was inherently a great advisor and counselor to those closest to him, always their first call for support. His compassion shown through in his profession too, consoling and caring for families in his community as a respected funeral director for 30 years. His children and grandchildren were his shining light, with love and smiles abounding. It was a great gesture to be unmercifully teased by him, his signature of affection, and best to just agree with him because he was “always right.” John was a self-proclaimed handyman talent and his projects will certainly pass on as great works of “art” and cherished treasures. Agreeably he was a great cook, best known for his flat burgers, that he always said were better with an extra dash of salt and grease. John’s impact was sweeping, his generosity exceeding, and memories of him everlasting.

In lieu of flowers, memorial contributions may be made in his honor to Troy Parks and Recreation C/O: Dan Smith (601 Enzor Rd. Troy, AL 36079). Friends and family can sign the guestbook online at www.greenhillsfuneralhome.net. The staff of Green Hills Funeral Home is honored to serve the Hudson family.

To order memorial trees or send flowers to the family in memory of John Hudson, please visit our flower store.