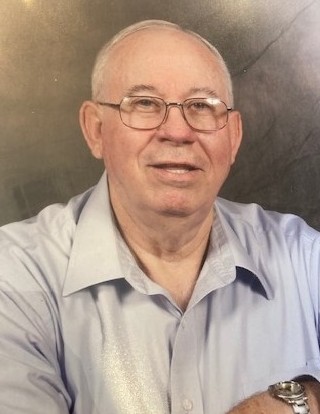 John was born and raised in Oakridge, Tennessee, and a graduate of Oakridge High School, class of 1964. Upon graduation, he was called to duty with the United States Army, where he actively served through the Vietnam War. John made his way to Troy, Alabama, to study Criminal Justice at Troy State University and later completed his degree in 1978. John followed his servant’s heart and joined forces with the Troy Police Department devoting the time and working his way through the ranks to find placement in the motor patrol unit. He dedicated 15 years to the force. Though not actively on the force, John never really moved away from his duty to serve and protect, as he secured a longstanding position in security with the Pike County Courthouse. Anytime his signature red Ford truck was parked outside the courthouse, it was a guarantee to be a safer, brighter place.

In telling stance-his hands on his hips and a gentle tilt to his head, his deep tone bursting with genuine excitement, his eyes brightened, and the corners of his mouth stretched high at giddy attention-John recollected fond memories of being a young cowboy mucking stalls and mending battered boards. He spent many hours in the saddle and amassed a heap of galloping adventures. He loved the grit and tenacity of an equine athlete, and most of all, the prowl and sweep of an authentic cutting horse. He was a lifetime supporter of the American Quarter Horse Association, a longtime member of the National Cutting Horse Association, and a real American cowboy.

John was jovial and charismatic. His stride was that of a sturdy, steady plow horse, and his heart like an unrelenting war horse fighting until the end. He would squeeze your shoulder or grip your hand and instantly ignite comfort and solitude like you find in the earthy smell and gentle nuzzle from a gentle, old gelding. He was a good one, Shug. One for the books.

He was preceded in death by his parents, John & Maxine Dillard; brother, R. Michael Dillard; and son, Brady Dillard.

The family will accept flowers or memorial contributions can be made to the National Cutting Horse Association Youth Scholarship Fund. Friends and family can sign the guestbook online at www.greenhillsfuneralhome.net. The staff of Green Hills Funeral Home is honored to serve the Dillard family.

To order memorial trees or send flowers to the family in memory of John Dillard, please visit our flower store.