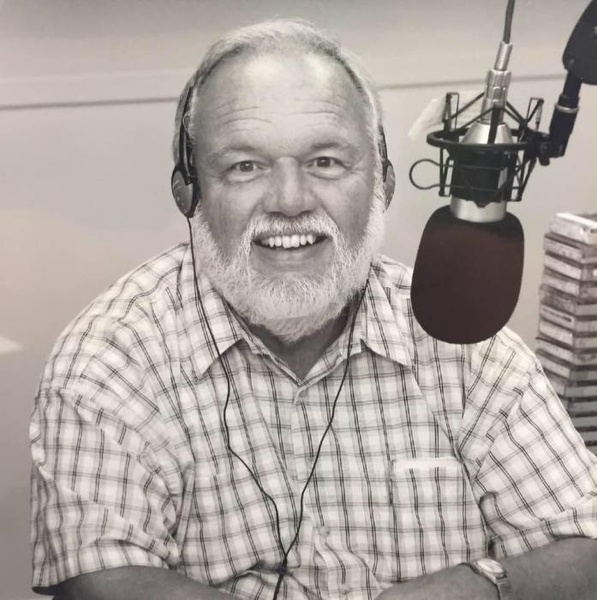 James Charles “Jim” Roling, age 73, of Troy, Alabama, passed away Wednesday, August 24, 2016. A memorial service will be held Saturday, August 27, 2016, at 11 a.m. at Mt. Hilliard Methodist Church with Reverends David “Doc” Kirby and Patrick McWhorter officiating. Visitations will be Friday, August 26, 2016, from 4 – 6 p.m. at Green Hills Funeral Home and Saturday, one hour prior to the service at the church. Honorary pallbearers will be the co-owners of WTBF, Asa Dudley and Dickie Gilchrist, past and present WTBF staff, and members of the Troy Rotary Club.

Jim Roling was a Trojan through and through. Born in Troy, Jim was a graduate of Troy High School in 1961 and Troy State University in 1968 (with a BS in Social Studies and History). He served his community and beyond. As announcer, sportscaster, salesman, sales manager, general manager, and part owner of Troy Broadcasting Corporation, Jim was an integral part of WTBF since 1961. His honors and awards were numerous. They include Alabama Broadcasters Assn. “Broadcaster of the Year” in 1998; President of the ABA, and in 2008, induction into the ABA Hall of Fame. Jim was a proud member of the International Broadcasters Idea-Bank, made up of small-market radio broadcasters from across the globe. He was a regular member of the ABA Legislative Committee that visited the Alabama members of the US Congress every February. Jim presented at national broadcast meetings, was very active in numerous city and state boards, including the Troy Rotary Club where he was a Paul Harris Fellow. Jim adjudicated students in the Future Business Leaders of America competitions, and was an Adjunct Professor in the Hall School of Journalism & Communication at Troy University. Jim and Angie Caylor married August 24, 1968, right after college, and spent 10 years working as Sales Manager for WINH in South Carolina. He, Asa Dudley and Joe Gilchrist bought WTBF-AM in 1986, and added the FM in the fall of 1997.

In memory of Jim, please donate to the Mt. Hilliard Methodist Church Cemetery Fund (c/o Greg Powell, 2856 County Road 14, Union Springs, AL 36089) or the charity of your choice. Friends and family can sign the guestbook online at www.greenhillsfuneralhome.net. The staff of Green Hills Funeral Home is honored to serve the Roling family.

To order memorial trees or send flowers to the family in memory of Jim Roling, please visit our flower store.