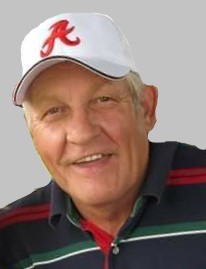 Jesse "Doug" Douglas Bryant  is now in the presence of the Lord after his brave battle with cancer. Doug died Tuesday, February 26, at his home surrounded by family. Doug graduated from McKell High School in South Shore, Kentucky. He was a longtime employee of Sanders Lead where he worked as a mechanic. In his free time Doug loved to fish, to draw and restoring cars. His greatest  love was spending time with his grandchildren.

In lieu of flowers memorials should be made to Grace Baptist Church, 1955 Parker Drive, Ozark, AL,36360.

The family would like to say a special thank you to Alacare Hospice nurses for the care and love that they gave to Doug and his family.

The staff of Green Hills is honored to serve the Bryant family.

To order memorial trees or send flowers to the family in memory of Jesse Bryant, please visit our flower store.