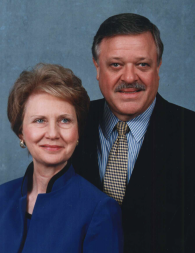 
Jerry was born and raised in Ozark, Alabama, and graduated from Carroll High School Class of 1964. He went on to study at Troy State College, and later transferred to Auburn University where he graduated in 1969 with a degree in Agriculture. In 1970, he secured a position with the Farmer’s Home Administration, now known as the Department of Rural Development, and dedicated more than 33 years of service with the sector. In 2003, he retired from the district office as a supervising community loan specialist. Jerry was kind, compassionate, and intelligent – a winning trio for a position that prospered with good communication and rapport. There was great reward in his outreach, helping people and bettering the essential infrastructures in his area, and knowing he provided opportunities for people that might not had ever been possible.


Jerry was rooted and dedicated in his faith and his heart for service extended well beyond his professional life. He was an animated and excited Sunday School teacher at Park Memorial Methodist Church, in special pursuit to mold and nurture a Christlike existence for high school youth and the MYF. Teaching has, in some form, always been at the forefront of Jerry’s priorities. He and his son, John, cultivated great traditions hunting and appreciating nature’s offerings, and he instilled important life lessons right from the banks of the fishing pond. It was a legacy that carried on to his grandchildren, in which invaluable wisdom was imparted and will be forever cherished.


Bill Gaither sings, “So long I had searched for life's meaning. Enslaved by the world and my greed; then the door of the prison was opened by love. For the ransom was paid - I was free.” It’s a tune Jerry often played with his traveling bluegrass band, The Troy Boys, but more so, a creed for his life. It was important to him that the promise of salvation be a teaching point in his death. Jerry said, shortly before his homegoing, that he hoped his remembrance would not be in the works he had done, but that his salvation was secured because Christ had died for him.” While we mourn the loss of Jerry, we are assured he is still singing the song and strumming along, “I'm Free! Praise the Lord! Free at last!”

In lieu of flowers, memorial donations may be made in his honor to the Park Memorial Methodist Church Memorial Fund (750 Elba Highway, Troy, AL 36081) or to the Steve Rascoe Foundation (18091 Highway 134, Enterprise, AL 36330). Friends and family can sign the guestbook online at www.greenhillsfuneralhome.net. The staff of Green Hills Funeral Home is honored to serve the Deloney family.

A Memorial Tree was planted for Jerry

To order memorial trees or send flowers to the family in memory of Jerry Deloney, please visit our flower store.