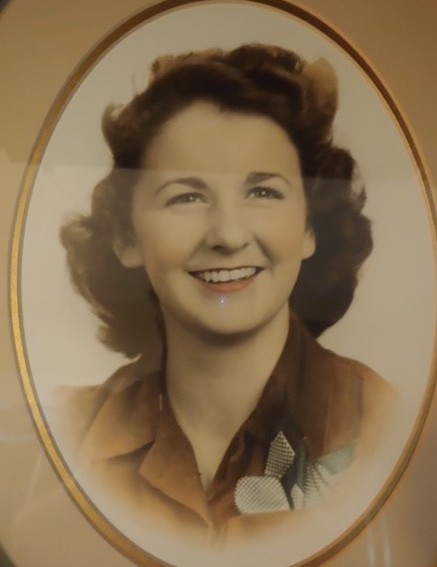 Mrs. Barr was born and raised in Troy, Pennsylvania. Upon her graduation from high school, she continued her education at the Oberlin Conservatory of Music. In 1947, she graduated from Oberlin College in Ohio and married John Dick Barr, Jr. Together they moved to Auburn, Alabama, both furthering their studies, Mrs. Barr obtaining a master’s degree in music education. When they returned to their forever home in Banks, Alabama, she went on to organize and direct the first Pike County High School Band; in 1957, she became the Troy Elementary School music teacher; in 1971, took a position with the Troy State University music department and later retiring from there in 1986. She continued to offer private music and singing lessons, as well as, her singing talent at weddings and funerals. She was best known for her renditions of In the Garden, Amazing Grace, and Were You There, this one particularly at Easter sunrise services. When she wasn’t teaching or entertaining, she could be found in her proper Southern garden where tomatoes were her prized specialty and the butter beans and squash followed close behind. Even better than her gardening, was her cooking and presentation of her bounty. She was a longstanding member of the Troy Music Study Club and United Methodist Women Organization.

The family would like to extend a special thanks to the staff of Compassus Hospice for their tremendous care and support. In lieu of flowers, memorials can be made in her honor to the Brundidge United Methodist Women (C/O Brundidge United Methodist Church 140 North Main Street, Brundidge, AL 36010). Friends and family can sign the guestbook online at greenhillsfuneralhome.net. The staff of Green Hills Funeral Home is honored to serve the Barr family.

To order memorial trees or send flowers to the family in memory of Jean Barr, please visit our flower store.