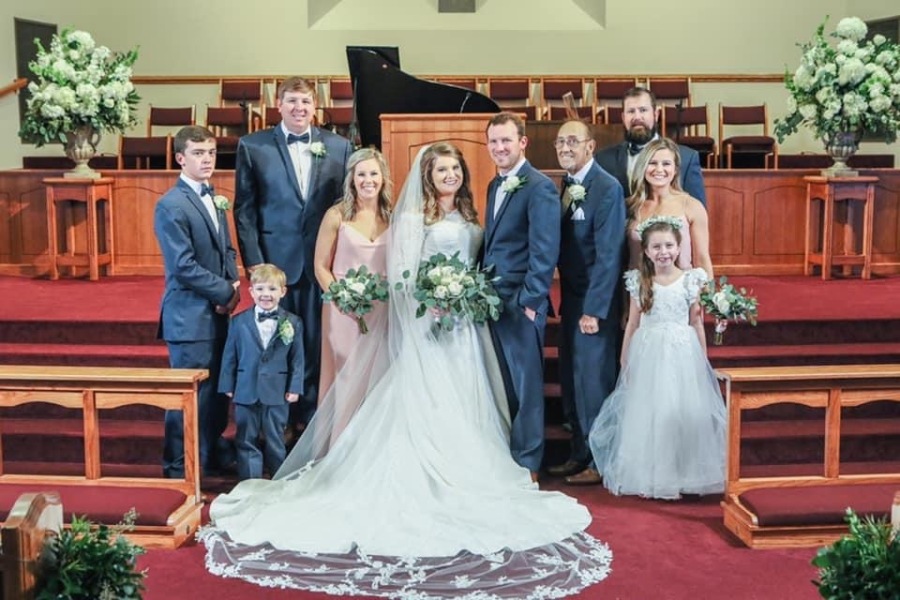 Mr. Jordan was a familiar face around town, known for serving up delicious fare from his own Crowe’s Chicken or Rook’s pizza chains, or from the concessions of the Troy University stadiums. If it wasn’t great food that prompted your encounter, perhaps it was the safe ride he provided for 15 years as a dedicated and certified school bus driver with the Pike County School System. Whatever the way you came to know him, it was certainly draped in eye-rolling dad humor, valued honesty, and steadfast love. He appreciated the peace found in the grip of a fishing pole, the lure of the chance to see a deer or turkey, and the adrenaline of a barking hound dog that had treed a ‘coon. He was a treasured father, always conscious of his children’s driving abilities and speedometers, and he carried unmeasurable love for his grandchildren who were a bright light along his journey. War Eagle was his favorite chant, and now, when the sunsets are kissed with a little extra orange and blue, you’ll know he played a part in its artistry.

The family wishes to extend many heartfelt thanks to the staff of the Montgomery Cancer Center, Dr. Reardon, and the UAB Oncology and Nephrology Departments for their tremendous care and support. In lieu of flowers, contributions can me made in his honor to the Baptist Healthcare Foundation (C/O Montgomery Cancer Center, PO Box 241647, Montgomery, AL 36124-1647). Friends and family can sign the guestbook online at www.greenhillsfuneralhome.net.  The staff of Green Hills Funeral Home is honored to serve the Jordan family.

To order memorial trees or send flowers to the family in memory of James Donald Jordan, please visit our flower store.