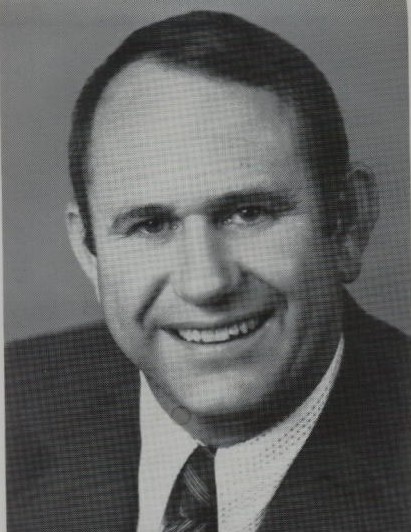 Hunter Parker White, Sr. passed away peacefully April 30, 2021, at Baptist Hospital South in Montgomery. A funeral service will be held Friday, May 7, 2021, at 11 a.m. at the First United Methodist Church of Montgomery with Dr. Karl K. Stegall officiating. Visitation will be one hour prior to the service from the church garden. A graveside service will be held Friday, May 7, at 2 p.m. at Green Hills Memorial Cemetery in Troy (three miles west from the Hwy 231 South and Hwy 29/10 overpass exchange).

Parker White was a man who loved his family, his cabin at Lake Eufaula, trips to the beach, and Auburn football. He believed that personal success came directly from hard work. He was an outstanding athlete from the time he was in his early teens. He enjoyed hunting, fishing, and gardening. Wherever the family moved, he started a garden.

Growing up in Troy, he was an Eagle Scout at age 14. He graduated from Troy High School, in 1950, where he was an outstanding all-around athlete (he liked to say, “during THS’s Glory Years,” of two undefeated football seasons) receiving awards in football, baseball, basketball, and track. After graduation, he was the recipient of a football scholarship from Auburn University (then A.P.I). After graduating high school, but before reporting to Auburn, he served active duty in the U.S. Army for two years during the time of the Korean War. He played two years of football at Auburn, and, after a knee injury, then accepted a full athletic and academic scholarship to Troy State University, where he was captain of the football team in 1954-55. He then returned to Auburn for his senior year, graduating with a degree in Business Administration.

After graduating from Auburn, Parker began coaching high school football, which culminated in his being named the Head Coach at Covington County High School in Florala, AL. from 1958-61. He was named recipient of the of the Alabama High School Coach of the Year Award for outstanding leadership in bringing success to a Florala football team that hadn’t won a game in four years prior to his arrival.  He helped place seven young men on major college scholarships during his last two years of coaching. Many of his players kept in touch with him throughout his life.

Parker moved his family to Montgomery in 1962 where he began an outstanding sales career as a representative for Equitable Life, and later accepted a management job with Colonial Life & Accident Insurance Co. He was active in the YMCA Central Board as chairman; rarely missed attending the YMCA Men’s Exercise class, (and regularly gave a big fish fry at his home for members and friends). He was a member of First United Methodist Church, where he attended the Wesley Men’s Bible Class, serving as president of the class. He was a member of Montgomery Country Club for 39 years. He actively served on the committee that developed the Auburn Letterman’s Lounge at Jordan Hare Stadium.

To order memorial trees or send flowers to the family in memory of Hunter "Parker" White, please visit our flower store.