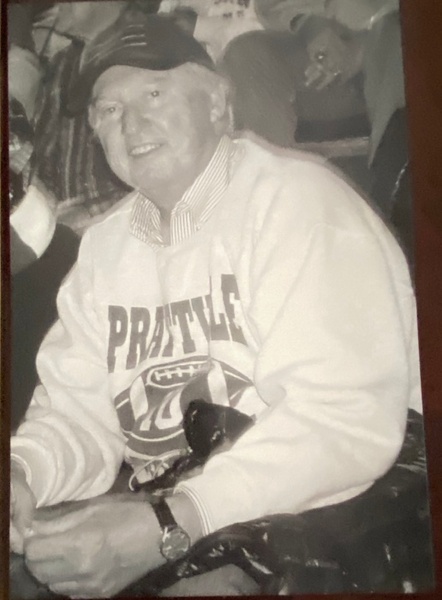 Shhh…can you hear it? The world in motion? The sounds of nature? The grit of the sand rolling beneath the tires on a dirt road? Calvin did. He was quiet, standing tall in his surroundings, or sitting to the side, and taking it all in to appreciate. When he spoke, it was important and inciteful and full of wisdom. Calvin was a protector and provider, working hard to be a successful businessman and instilling the same important values in his daughter and grandson. He was a visionary, meticulous in thought and design, which is credited to his successful careers, as he retired as the Head of Planning and Zoning for the City of Montgomery after 26 years, and then again retiring from service as the Administrative Assistant to Mayor Jimmy Lunsford of the City of Troy after 22 years. He was a teacher, doling out life lessons from behind the steering wheel of his trusty Jeep Wrangler, or with each cast of a fishing rod and release of a prized fish, or from the lyrics of a good country tune, or the popped-top of an ice cold beer. Calvin was an observer seeking from the lens of his binoculars the elaborate details of the feathers of local birds, or calling up a rafter of turkeys to marvel their strides, or long awaiting the appearance of an impressive whitetail buck only to pass by him for the next season, or pursuing the adrenaline found in the flight of dove from a freshly cut field. His legacy is the lesson ─ sit-back, listen, and know that the fishing is usually never about fishing.

Charitable contributions can be made in his honor to the Wounded Warrior Project (P.O. Box 758516, Topeka, Kansas 66675-8516). Friends and family can sign the guestbook online at www.greenhillsfuneralhome.net. The staff of Green Hills Funeral Home is honored to serve the Lott family.

To order memorial trees or send flowers to the family in memory of Herman Calvin Lott, please visit our flower store.