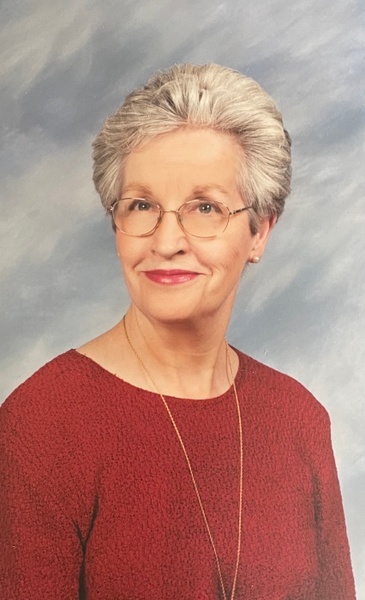 Gladys Evelyn Sowell Scoggan, age 87, of Montgomery, Alabama, passed away Wednesday, September 22, 2021. A memorial service to honor her life will be held Friday, October 8, 2021, at 11 a.m. in the sanctuary of Frazer United Methodist Church, Montgomery, Alabama. A visitation will be held one hour prior to the service in the chapel.

Mrs. Scoggan was born in 1933 in Castleberry, AL, the fourth of five children in her family. She spent her early years in the Brewton area and the family moved to Mobile during World War II. She graduated from Murphy High School in Mobile.

The next phase of her life saw her living and working in Pensacola. While at work, she met Giles A. Scoggan, and they were married in 1955. Her married life took her to South and North Carolina, Texas, and Pennsylvania. Mrs. Scoggan spent much of her life focusing on the needs of her family, raising two sons, and enjoying her six grandchildren. Outside of homelife, she enjoyed traveling with some of her most memorable trips being across Europe and Africa. She also served in the various churches that she attended throughout her life, as well as being an active volunteer in schools, scouting, and community organizations. She had a particular interest in the League of Women Voters.

Mrs. Scoggan spent the last part of her life back in Alabama, closer to family. One constant throughout her journey was her love for family and children. Even during her sixties and seventies, in the Philadelphia suburbs, she was the neighborhood grandmother to many children on the block.

In lieu of flowers, memorial contributions can be made in her honor to the Alzheimer’s Association (225 N. Michigan Ave. Floor 17, Chicago IL 60601 or https://act.alz.org/site/Donation). Friends and family can leave condolences and sign the register online at www.greenhillsfuneralhome.net. The staff of Green Hills Funeral Home is honored to serve the Scoggan family.

To order memorial trees or send flowers to the family in memory of Gladys Sowell Scoggan, please visit our flower store.