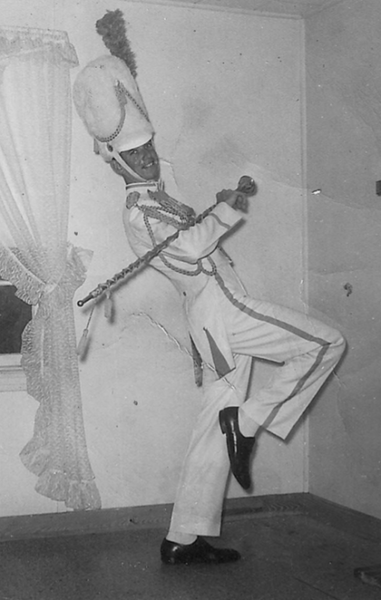 George “Mike” Michael Jordan, age 76, a longtime resident of Troy, Alabama, passed away Sunday, August 29, 2021. There is much to be remembered of Mike. He painted a wonderfully rich, colorful and noted season—one that heartened the paths of countless fellows and preserved the dash of harrowed warriors.

Mike graduated from Troy High School Class of 1963 where his love of instruments and music brewed with every beat of his drum and strum of his thumb. He mastered many sounds and techniques, but none ever brought more merriment than the mace he beamed from the head of the field. He advanced his studies at Troy State College and embarked as the first drum major under the helm of the renowned director, Dr. Johnny Long. Mike exhibited all the worthy characteristics of a great drum major—a master of rhythm and count, a concise conductor of ictus and takt, a strong strut and impressive bend, a crisp ensemble and tall hat, and a show-stopping, flaming baton. Every chance to march with the band proved an impressive, memorable show, for both Mike and the crowds.

He completed his bachelor’s degree of music education from Troy in 1967, just before his call to a new challenge of leadership with the United States Airforce. Mike served for four years through the Vietnam War exercising his honed skills of precision and execution as a B52 pilot over a war-tattered region of Hanoi. He honorably discharged from service as a distinguished and decorated Captain, recognized with five air medals for his commendable flight service.

Upon his return, Mike set out to spread the sound of music and foster the love of beats to impassioned students across the U.S. continent. He secured positions as a band director from Jessup, Georgia, to Fort Meyers, Florida, even all the way out to Fresno, California, as a highly sought recruit. He led the way to numerous band championships and prevailed with his team as National Band Champions during his tenure in Florida. With valuable years of educator experience under his belt, Mike pursued advanced studies at California State University, Fresno, completing his doctorate degree in education in 1995. He penned and published a successful series of educational books on the techniques of teaching third language to children abroad.

His time in Fresno proved fruitful and fulfilling, but the distance maintained a far stretch from family and his familiar home state. He returned to Troy to enjoy retirement and busied his time maintaining valuable friendships near and far, as an expert armchair critic and cheerleader for contenders on The Voice, and as a faithful Alabama Crimson Tide fan.

Mike will be celebrated by family and honored with a full salute at his final resting place in Arlington National Cemetery. He is survived by his brother, Pete Jordan (Jeanette); and numerous nieces and nephews. He was preceded in death by his parents, Marvin Willis and Fannie Black Jordan; and sister, Judy Bendel.

Friends and family can sign the guestbook and leave condolences online at www.greenhillsfuneralhome.net. The staff of Green Hills Funeral Home is honored to serve the Jordan family.

To order memorial trees or send flowers to the family in memory of George “Mike” Jordan, please visit our flower store.