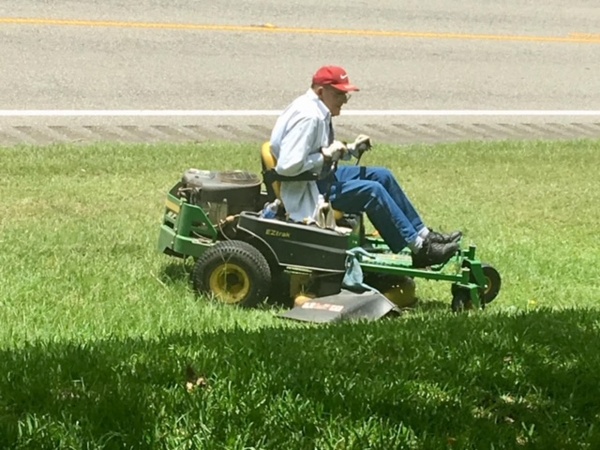 George Waltman, age 96, a longtime resident of Goshen, Alabama, passed away Saturday, October 30, 2021, at home surrounded by loved ones. A celebration of his life will be held Friday, November 5, 2021, at 11a.m. in the chapel of Green Hills Funeral Home with Reverend Connie Mathews officiating. The family will receive friends for fellowship following the service at the funeral home. Honorary condolers will be members of the American Legion and Troy Nutrition Center.

George was known as a gentle giant, not only in statue but in the way he lived his life. He was born in Vancleave, Mississippi, number 9 of 13 children. He was proud of his heritage which was a blend of French, German, and American Indian. During World War II, he served in the Navy aboard the USS Taylor 468 in the South Pacific as a boatswain’s mate. After the war he married Veleta Spivey from Goshen, Alabama, and later settled in Montgomery where they raised their four children. His faith in the Lord led him and his family to Trinity Baptist Church where he served as a Deacon, Sunday school teacher, with the prison ministry, and sang in the choir.

Upon retirement from Sears, he and his wife settled in Goshen, Alabama, where he enjoyed working on the farm, gardening, landscaping, and cutting his grass on his John Deere Zero Turn mower all the way up to 96 years of age.

The family would like to extend many special thanks to the staff of Encompass Home Health and Encompass Hospice for their attentive and compassionate care and to Bill Light for being a loyal confidante, caregiver, son-in-law, and friend through his final years. In lieu of flowers, memorial contributions can be made in his honor to Encompass Hospice (824 Hwy 231 South, Troy, AL 36081) or to the Troy Nutrition Center (498 East Walnut St., Troy, AL 36081). Friends and family can sign the guestbook online at www.greenhillsfuneralhome.net. The staff of Green Hills Funeral Home is honored to serve the Waltman family.

To order memorial trees or send flowers to the family in memory of George Waltman, please visit our flower store.