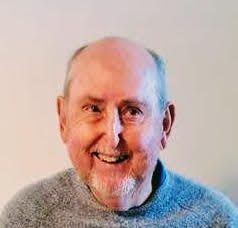 A funeral service will be held Friday, March 26th, at 11:00 a.m. at Claudia Crosby Theater on the campus of Troy University.  A graveside service will be held at Elmwood Cemetery in Birmingham, Alabama, on Saturday, March 27, at 11 a.m. The Rt. Rev. Glenda S. Curry, Ph. D., Bishop of the Episcopal Diocese of Alabama will officiate.

He was preceded in his death by his parents, Clarence Varrel and Louise Chance Patterson; brother, Donald Allen Patterson; and son, Christopher Clarke Patterson.

Born on September 21, 1945, in Mobile, he was a graduate of Theodore High School.  After completing his bachelor’s degree from Alabama College in 1967, he was commissioned as a lieutenant in the U.S. Marine Corps and served as a platoon commander and as an intelligence officer in Vietnam.  He earned a master’s degree in counseling from the University of Montevallo upon his return from Vietnam and later, a doctorate from the University of Alabama.

He served as a high school counselor and as Director of Counseling and Career Services at Jefferson State Junior College from 1976 to 1979. In 1979, he began working as Vice President for Instruction at the Alabama Institute for the Deaf and Blind until 1989 when he was hired as Vice Chancellor of Troy University.  He served in that role until his retirement in 2007.  While at Troy University, he was instrumental in overseeing strategic planning, finance and budgeting, information technology, institutional effectiveness, and athletics, playing a critical role in the University’s move to Division I-A athletics.

He was also actively involved in his community. He was a long-time member of St. Mark’s Episcopal Church and Habitat for Humanity. He served on the Troy City Schools Board of Education for 15 years, including three times as chairman, and served on the Board of Directors of Troy Regional Medical Center.

Pallbearers will be son-in-laws Randy Bryant, of Troy, and David McGinty, of The Netherlands, brothers-in-law Stephen Chappell, of Vestavia Hills, and John Corley of Theodore, nephew Joseph Chappell, of Astoria, New York, Dr. Greg Spence, of Elba, and the brothers of Sigma Fraternity from The University of Montevallo.

Masks and social distancing are required. The service will be livestreamed via the Green Hills Funeral Home Facebook page.

To order memorial trees or send flowers to the family in memory of Dr. Douglas Patterson, please visit our flower store.