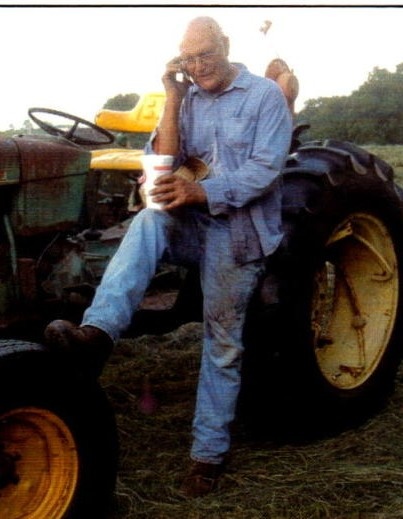 Don died August 8, 2019 at home with a smile on his face. He was
born August 20, 1944 in Jackson, Michigan and moved with his family to
Bradenton, Florida during the winter 1953 from Grass Lake, Michigan
where his father was a dairy farmer. In Manatee, Florida, Don attended
Manatee Elementary School, Walker Junior High School and graduated
from Manatee High School, Class of 1962 while living near Mixon's
Fruit Farm in the Samoset area. Upon his graduation Don attended Manatee Junior College for three
semesters.  In 1964 he lived for a short time on a small fishing boat
in the Florida Keys and in Fall 1964 he enrolled at Troy State
University, Troy, Alabama completing two years of academics.  At Troy
Don was an active member of the Red Wave football team under Coach
William “Bill” Clipson and became a letterman on the wrestling team
with his most successful win against an opponent from Florida State
University. He returned to Bradenton in May 1966 and upon learning his draft
notice was imminent, Don while honoring his call to duty, opted for
and enlisted in the United States Air Force in September 1966.  Don
completed basic training at Amarillo Air Force Base, Amarillo, Texas
followed by technical school where he specialized in personnel duties.
Don was then reassigned to and spent three years at Vandenberg Air
Force Base, Lompoc, California in charge of the personnel shop for the
10th Aerospace Group, where he handled all personnel records of:
assignment, leaves, schedules, pay, etc. for the missile crews which
rotated out of Johnson Island in the Pacific Ocean. Don’s final duty
reassignment was to a space surveillance detachment at Eglin Air Force
Base, Panama City, Florida. Upon his Honorable Discharge Don returned to Troy State University
and earned his Bachelor of Science Degree in Business Administration,
Class of 1972.Don then returned to Bradenton to work in the
construction industry as his father, Robert Campbell, owned and
operated Skyway Realty and was constructing condominiums near Cortez
Plaza.  In 1973 Don secured his general contractor license and began
building single family homes in the Bayshore neighborhood, on Terra
Ceia Island, and Sarasota Bay area, Florida. In 1979 while in Bradenton, Don met and wed Lucy Ellen Lind in 1979 and upon relocation to Troy Don tried his hand at farming, but instead
elected to build and remodel houses.  Don again honoring his call to
duty in 1980 joined the United States Army Reserve, spending two years
at Fort Rucker, Alabama, as a mechanic and Crew Chief for the UH-1
“Huey” detachment.  Within two years Don transferred to the United
States Air Force Reserve to pursue his dreams of aviation and flying
and was then assigned to Maxwell Air Force Base, Montgomery, Alabama.
While Don was serving in the Reserve, Lucy Campbell passed away in November 1989.
Don continued to faithfully serve his country as a C-130 Flight
Engineer and was involved in numerous flights and missions in Central
and South America, the Azores and Japan.  In November 1990, Don
married Nancy Beckham of Brundidge, Alabama, a veteran school teacher
of 30 years at Ft. Rucker.  Don was involved in further flights and
missions in 1990-1991, Desert Shield and Desert Storm, and soon
thereafter in Bosnia during the Siege of Sarajevo followed by two
tours flying into Afghanistan from Bishkek, Kyrgyzstan, a former
Soviet bomber base, all during Operation Enduring freedom.  Upon
having served 26 years in the Air Force Reserve Don retired in 2004.
Most recently Don and Nancy bred and raised purebred Angus Beef
Cattle, built and moved into a new home on their farm near Troy.
Nancy passed away in 2010 and is survived by her daughter Suzanne
Dukes and husband Buddy of Franklin TN, and her granddaughter Bethany
Patel & husband Deven of Brentwood TN. Nancy is also survived by her brother Paul, his wife Jean and their children and grandchildren of Tallahassee Florida. Don has been a long time Member of the Pike County Cattlemen's Association and has recently won the Father of the Year award from the
CattleWomen, and the Farm City Cattleman of the Year award.
Don is preceded in death by his mother, Esther Mae (Clark) Campbell
and father, Robert Divilow Campbell and a younger brother, Thomas
Arthur Campbell.  He is succeeded by his three brothers, Robert Dean
Campbell of Troy, Alabama, William Nathan Campbell of Bradenton, Florida and Charles George Campbell of Terra Ceia, Florida. A memorial service for Don Campbell will be held Tuesday, November 12, 2019 at 3:00 PM in the chapel of Green Hills Funeral Home with Military Honors provided by the United States Air Force.

To order memorial trees or send flowers to the family in memory of Donald Campbell, please visit our flower store.