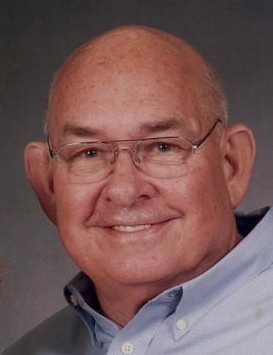 
Tip Boutwell ─ patriarch, good sir, jokester, buddy, boss ─ in all the ways you may have come to know him, he was certainly a “good one” to know. Tip was a knowledgeable fixture for many years as a manager with the local Piggly Wiggly stores and then, until his retirement, as a resource with Whaley Farm Supply. He brought an abundance of experience through his own farming adventures raising hogs and chickens and later cattle, and planting acres full of corn just to feed his hogs, or perhaps just to keep his son busy. Tip was always his best-self outside. He delighted in the ripple of a good fishing hole and the success of a mess of catfish and bream, the hunt of a great Southern whitetail deer, exercising his sharpshooting skills to eliminate pesky snakes, though sometimes at the expense of Mrs. Doris’s flowerpots, and cooking-up something good in his Dutch oven. He was devoted to his faith and family, serving as a deacon in Springhill Baptist Church and being an exemplary father figure and model of a hard-working gentleman. He often referenced essential life lessons taught through sports, and the importance of cheering-on the only team that mattered, the Alabama Crimson Tide. Tip, long ago, built an old corn crib to house his crops’ bounty, and it now serves as a signature backdrop to many family gatherings. And like Tip, “The Crib” is a solid structure, unwavering and unmatched, and a longstanding testament to the significance of a good foundation.


The family will be accepting flowers or charitable contributions may be made in his honor to the Springhill Baptist Church Building Fund (64 County Road 3350, Troy, AL 36079). Friends and family can sign the guestbook online at www.greenhillsfuneralhome.net. The staff of Green Hills Funeral Home is honored to serve the Boutwell family.

To order memorial trees or send flowers to the family in memory of Danny "Tip" Ralph Boutwell, Sr., please visit our flower store.