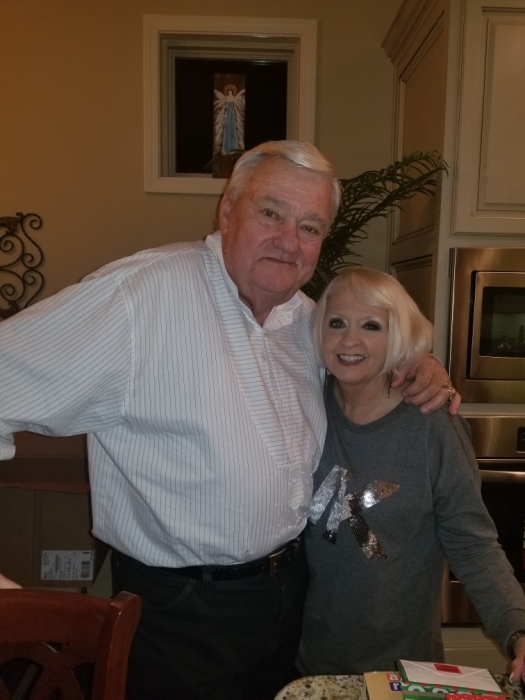 Charles “Sim” Crawford Byrd, age 75, a native of Montgomery, Alabama, passed away Wednesday, November 18, 2020, following a brief illness. A memorial service will be held Friday, November 20, 2020, at 11 a.m. at Frazer United Methodist Church (Montgomery) with Reverend John Ed Mathison officiating. Honorary pallbearers will be the 1968 Troy State University championship team. A celebration of his life and tribute to his legacy will be held at Troy University at a later date.

Sim (formally named Charles but dubbed the former due to the scrunched likeness he shared as an infant with the beloved neighborhood handyman Mr. Simmons) was destined for a legacy, though unbeknownst to him when his nickname stuck. He proved to be successful at winking and smiling his way through school curriculum, and he flourished as an athlete with the Lee High School ball programs. He graduated Class of 1964 and made his way to the University of Georgia on a football scholarship. The experience with UGA was rewarding, but with an opportunity for change, Sim eagerly transferred to Troy State University where his best story began. Sim was tough, physical, focused, and accurate. He was a confidant and leader. He was talented, competitive, and humble. Sim was the quarterback. From 1966-1968 he captained the then Red Wave to record setting victories. With his teammates he shared in clenching Troy’s first Alabama Collegiate Championship in 1967 and NAIA National Championship in 1968. He amassed countless season records, some still untouched even after more than 50 years, and was rightly recognized through his inductions to the Alabama Sports Hall of Fame, the Troy Sports Hall of Fame, the Wiregrass Hall of Fame, and the NAIA Hall of Fame. Sim proudly graduated with his degree and chartered his career with the Republic National Distributing Company. His infectious enthusiasm and drive for prized results powered him through a 40-year professional career until his semi-retirement in 2014. In his newfound time, he frequented the Arrowhead golf course as a member of the “Big Group,” was a fixture on Saturday mornings at Chappy’s Deli for breakfast, and always enjoyed entertaining a crowd. Whether the group large or small, Sim always cooked with the “team” in mind and there was always plenty of good food and drinks to spare. Family, friends, fellowship, and touchdowns─the Sim legacy. Play-on Sim.

The family wishes to extend many thanks to the doctors, nurses, and ICU staff of Baptist East Medical Center for their attentive care, and to the Trojan Nation family for their ongoing support and continued prayers. In lieu of flowers, donations may be made in his honor to the Troy Foundation (C/O Kathy Ninas, 100 Highland Avenue, Troy, AL 36082). Friends and family can sign the guestbook online at www.greenhillsfuneralhome.net. The staff of Green Hills Funeral Home is honored to serve the Byrd family.

To order memorial trees or send flowers to the family in memory of Charles "Sim" Byrd, please visit our flower store.