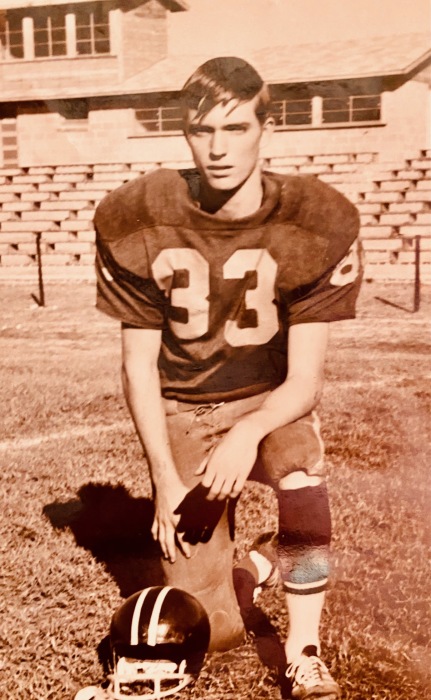 Ray was born and raised in Pike County, Alabama, and graduated from Goshen High School Class of 1968. He went on to study at Troy State University where he spent a couple of years navigating the complexity of scheduling classes through the registrar’s office before enlisting to serve active duty with the United State Marine Corps during the Vietnam War. Once home, he found his niche in customer service, first running a tight and friendly operation working as the hotel manager with the Holiday Inn, and later, as a car salesman with the Nissan and Premier Dodge auto groups. People of his community were drawn to his warm and friendly spirit and often found commonality in their love/and or hate for the state’s rival teams Alabama and Auburn. Ray, a roaring and rolling Alabama fan, worked hard to keep friendships and family intact even when they had poor taste in sports teams and fan colors. If he wasn’t cheering for the crimson and white, Ray was likely on the golf course where he rarely missed the opportunity to demonstrate his skills and keep a score close to scratch, or out sinking a line in hopes to reel in the biggest catch.

The family wishes to extend many thanks to the staff of Encompass Hospice of Troy for their compassionate care and support. Friends and family can sign the guestbook online at www.greenhillsfuneralhome.net. The staff of Green Hills Funeral Home is honored to serve the Wright family.

To order memorial trees or send flowers to the family in memory of Charles "Ray" Wright, please visit our flower store.