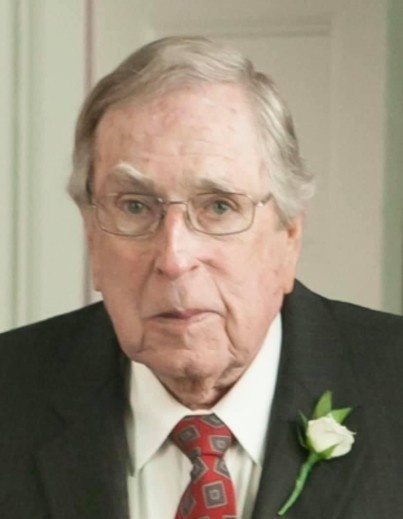 A Chapel Service will be Saturday, March 20th, at 10 a.m., at Green Hills Funeral Home of Troy, with graveside services to follow at Green Hills Cemetery. The Rev. Steve Winton will officiate.

Born June 14, 1925, in Opp, he was a graduate of Opp High School and was drafted into the U.S. Army in June, 1943. He served in the European Theatre of World War II. Following his service to his country, he graduated from Troy Normal School with a degree in education, and then a Masters Degree in Education from Auburn University. He had a long career in education, including as a bus driver, teacher, coach and principal, and then worked with the Alabama State Department of Education. He was principal of Charles Henderson High School in Troy in the early 1970s. He served as principal in a number of other schools in his distinguished career, including Fort Payne High School, Frisco City High School, A.G. Parrish High School and Edgewood Academy, both in Selma, Geneva High School, Phenix City Central High School and Ashford Academy.

Mr. Saunders attended First Methodist Church of Troy and enjoyed his Sunday school class there. He was an avid Auburn football fan and had a variety of interests, including woodworking, hunting, working his farm and Brahma cows, and he was a clock smith. He was a gifted storyteller and especially enjoyed speaking to groups about his experiences in WWII. He raised bird dogs, and his cat, Millie was his constant companion. He loved spending time at his cabin in the mountains of North Carolina. He also enjoyed attending gun shows and adding to his collection of unique guns. He could often be found enjoying lunch with friends at Sisters’ Restaurant in Troy. More than anything, he loved spending time with his family and the people who were so kind to spend time with him.

Pallbearers will be nephews Steve Mack and Paul Mack, both of Pensacola, Fla., John Lawrence “J.L.” Benton, of Santa Rosa Beach, Fla., and Ron Saunders, of Winder, Ga.; and friends Steve Stephens and Climmie Seymore, both of Troy.

Memorials are suggested to the National World War II Museum, at 945 Magazine St., New Orleans, La., 70130, or you can use the website to donate at www.nationalww2museum.org.

To order memorial trees or send flowers to the family in memory of Charles Saunders, please visit our flower store.