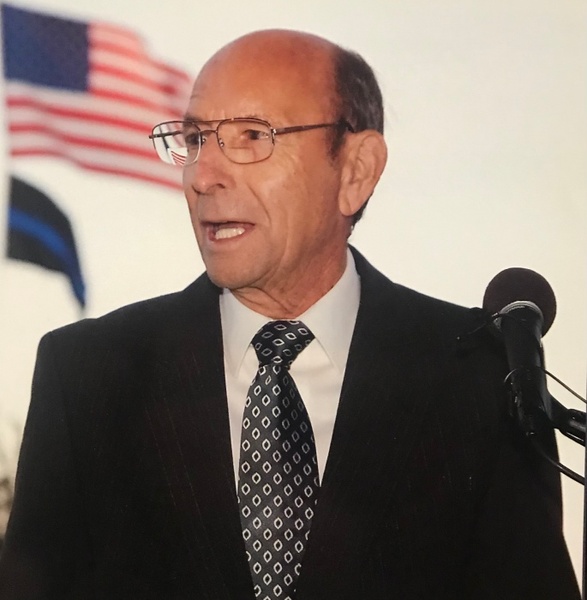 Charles Winston Meeks, age 88, a longtime resident of Troy, Alabama, passed away Tuesday, December 15, 2020, following a courageous fight against cancer. A graveside service will be held Saturday, December 19, 2020, at 1:30 p.m. in Green Hills Memorial Cemetery with Reverend Ross Lankford officiating and Mayor Jason Reeves as eulogist. Honorary pallbearers will be members of the FBC-Troy Baraca Sunday School Class, members of the ’81 Supper Club, and employees of Meeks Termite and Pest Control.


Charles was all business from the start. He was a basketball star with Kinston High School and his sweetheart, Josephine Rodgers, an enthusiastic cheerleader on the sidelines. Their bond was so magnetic, they married right away after their Junior year of high school, and in true Charles character, he went right to work as the school bus driver through their senior year to pay the way to their graduations in 1952. Upon graduation, Charles enlisted with the United States Army and served dutifully until his honorable discharge as Staff Sergeant in 1961. He studied his trade with Atomic Pest Control, and in 1960, he and Josephine moved to Troy where he launched a partnership with John Harvell in M & H Pest Control. In 1968, Charles branched out on his own to open the now reputable Meeks Termite and Pest Control where he poured his sweat, heart, and soul into its success until the day he fell ill. Charles was dedicated and diligent, kind and admirable. All the great qualities to make a prosperous businessman. Charles was giving and called to serve. In addition to operating his business, Charles served the people of Troy for 33 years, a record that still stands as the longest serving elected city official in the city of Troy’s history. For nine years, Charles was in office as commissioner and twice as mayor, rotating those duties under the commission form of government. He then was chosen to serve another six terms as a Troy City Councilman. Charles was savvy and experienced and his opinion valued, evident in his multiple roles with various organizations, some to include board member and past president with Southeast Alabama Gas District, past president of the Alabama Pest Control Association, Director for the National Pest Control Association, and past president and member of the Troy Rotary Club where he was also recognized as a Paul Harris Fellow. Faith, family, and friends were at the forefront of Charles’ life. He and Josephine were faithful members of First Baptist Church of Troy where he was a member of the Baraca Sunday school class and a deacon. His greatest treasures were his grandchildren, and he liked nothing better than being supportive of all their activities. He checked-in routinely with friends at Synco Drugs and Julia’s Restaurant to share a cup of black coffee, and just the way Charles liked it, the hotter the better. Across the county the consensus is the same, Charles was one of “the good ones.”

Friends and family can sign the guestbook online at www.greenhillsfuneralhome.net. The staff of Green Hills Funeral Home is honored to serve the Meeks family.

To order memorial trees or send flowers to the family in memory of Charles Meeks, please visit our flower store.