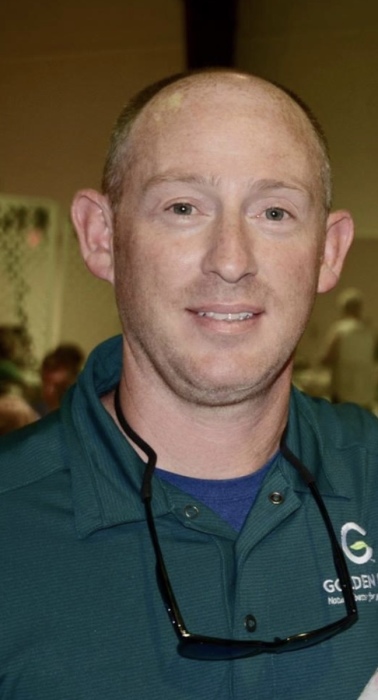 Chad was a decorated member of the United States Coast Guard, serving on a rescue helicopter crew. He flew countless missions over the dangerous Bering Sea. He was a husband, father, and friend. Chad was a jack of all trades, a hillbilly engineer. He was loved for his sense of humor, and his good timing nature. Chad loved the outdoors, and he had a special place in his heart for jug fishing. He will be remembered for his stubborn determination, as he fought hard to give his family six months. His passing will leave a deep hole in the hearts of all that knew him. He will be missed dearly.

The family would like to send a special thanks to the staff of Encompass Hospice for all their care and support. In lieu of flowers, memorials can be made in his honor to (Coast Guard Foundation C/O Family Aid 394 Taugwonk Road, Stonington, CT 06378). Friends and family can sign the guestbook online at greenhillsfuneralhome.net. The staff on Green Hills Funeral Home is honored to serve the Griffin family.

To order memorial trees or send flowers to the family in memory of Chad Griffin, please visit our flower store.