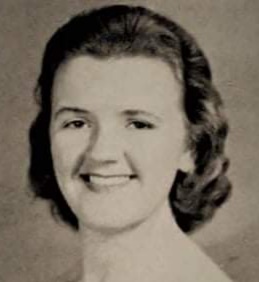 Betty Wright Hataway Powell, age 85, a longtime resident of Dothan, Alabama, formerly of Troy, Alabama, passed away Thursday, June 24, 2021, following an extended illness. A memorial service for friends and family will be planned for a later date.

Mrs. Powell was a native of Troy, raised on Brundidge Street, and a diligent student with the Troy Schools. Upon her high school graduation, she went on to study music education and English at Troy State College from where she earned her bachelor’s degree. She and her husband Jack called home to several school districts in the tri-state area, where she served as an impassioned music educator. She was an accomplished singer and performer, debuting her talents with dance bands, local theaters, and school productions. One of her favorite works was the Messiah (HWV 56), an oratorio composed by George F. Handle. Mrs. Powell was a faithful companion and doting mother. She knew just what it would take to bring the family together with a healthy serving of country fried steak and creamed potatoes, all sweetened with a generous wedge of homemade pound cake. Mrs. Powell was a great Southern gem whose impressions will long be fondly remembered.

The family wishes to extend heartfelt thanks to their attentive caregiver Natasha, and to the staff of Southern Care Hospice Services for their compassion and support. Friends and family can sign the guestbook online at www.greenhillsfuneralhome.net. The staff of Green Hills Funeral Home is honored to serve the Powell family.

To order memorial trees or send flowers to the family in memory of Betty Powell, please visit our flower store.