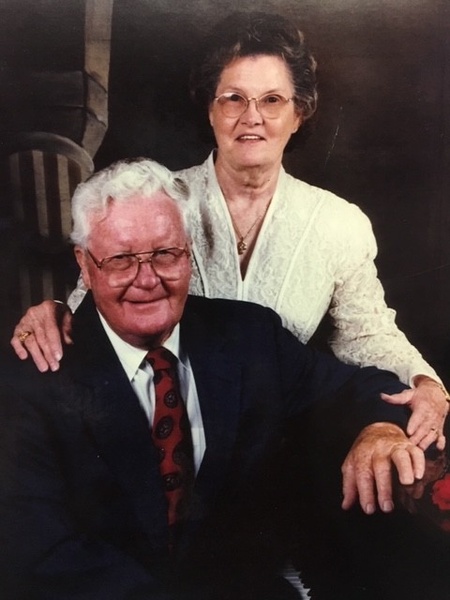 Betty Bing Stuckey Broadway was born August 10th, 1934 to Robert and Lilly (Richerson) Bing.  She slipped away from us and into the arms of her Eternal Father on November 2nd, 2019, surrounded by the love of her life, Edward Broadway, her devoted husband of 59 years, along with other family members that absolutely adored her.  She was the beloved matriarch of her family and leaves behind a legacy that includes her daughter, Elaine Parker (David); sons, Tommy Stuckey (Bonnie) and Ronny Broadway (Eunice); sister, Irene Carter; 15 grandchildren; 37 great-grandchildren and 4 great-great grandchildren.  Until her last days on earth she made sure to let everyone she came into contact with and that cared for her know just how much she loved the legacy she knew she would be leaving behind.

Betty was a retired postmaster and was so proud of her years of service at the Grady Post Office.  She was also a dedicated servant at her beloved church, Hills Chapel United Methodist, and would ask that in lieu of flowers donations be made to the church in her honor and mailed to 17107 Meriwether Trail, Grady, Alabama 36036.

A graveside service will be held for Mrs. Broadway Tuesday, November 5, 2019, at 2 p.m. at Hills Chapel Cemetery with Reverend Richard Rouse officiating and Green Hills Funeral Home directing. Randy Broadway, Win Broadway, Robert Broadway, Chris Berry, Brian Funderburg and Matt Garrett will serve as pallbearers.  Jimmy Deese and Wade Berrey will serve as honorary pallbearers. Visitation will be held one hour prior to services at Hills Chapel Methodist Church.  The staff of Green Hills Funeral Home is honored to serve the Broadway family.

To order memorial trees or send flowers to the family in memory of Betty Broadway, please visit our flower store.