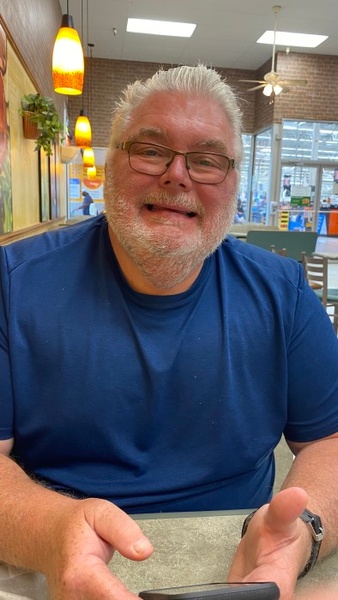 Anthony Rex Rhodes, age 50, a lifelong resident of Goshen, Alabama, passed away Wednesday, February 17, 2021, following a tough battle against COVID-19. A funeral service will be held Monday, February 22, 2021, at 2 p.m. in the chapel of Green Hills Funeral Home with Pastor Keith Price officiating. Burial will follow in Hillcrest Cemetery (Goshen) with Green Hills Funeral Home directing. Serving as pallbearers will be Mardy Rhodes, Chris Rhodes, Toby Killcreas, Jeff Bryan, Travis Meeks, and Darius Lewis. Honorary pallbearers will be Sean Buchanan, Cody Ellis, and Erica Wright. Visitation will be one hour prior to the service at the funeral home.


Anthony championed change, defied statistics, and chartered new paths toward a promising journey. As a youngster in Goshen, he was all messy grit, mischievous grins, regular “whoopin’s,” and a whole-lotta tender-hearted love for his Mama. He attended the Goshen High School Class of 1988, but ventured out early to complete his GED and get to work in the “real world.” He dabbled in car sales, small engines work, and truck driving. He was working as a long-haul transport carrier for Shoreline Transportation until he fell ill, but Anthony’s greatest calling was in ministry and mentorship with local recovery groups. After dedicating his life to Christ, he vowed to live in service and works for the Lord. He was an impressive counsel for friends near and far, a trustworthy and loyal advocate, and a genuine support for those seeking refuge. Anthony’s journey will long be a wonderful testament of conquering challenges and the sweet victory that is found in Jesus.


The family wishes to extend many heartfelt thanks to Travis Meeks and Roderick Rider for their steadfast friendship, and to the Troy University International Programs and Luverne First Assembly of God Church family for their continued outpouring of love and support through a difficult time. In lieu of flowers, memorial contributions may be made in his honor to the American Cancer Society (1100 Ireland Way, Ste 300, Birmingham, AL 35207), Crossover Ministry (508 Al-52 Opp, AL 36467), or to the Open Arms Ministries (C/o Riverview Baptist Church, PO Box 191 Troy, AL 36081). Friends and family can sign the guestbook online at www.greenhillsfuneralhome.net. The staff of Green Hills Funeral Home is honored to serve the Rhodes family.

A Memorial Tree was planted for Anthony

To order memorial trees or send flowers to the family in memory of Anthony Rhodes, please visit our flower store.