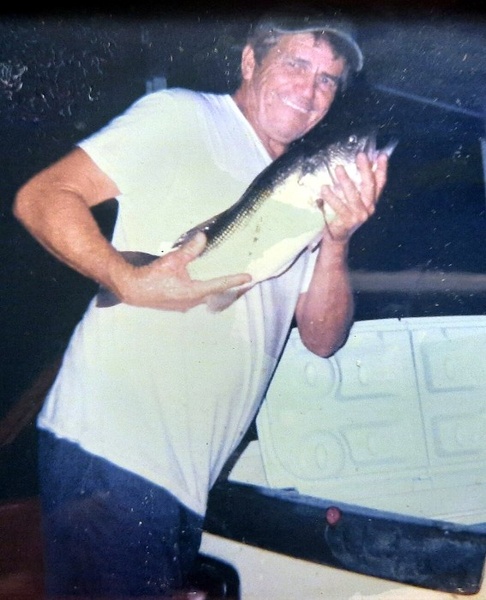 William “Butch” Irvin Griffin, age 75, a lifelong resident of Troy, Alabama, passed away Friday, September 17, 2021, following an extended illness. A funeral service will be held Wednesday, September 22, 2021, at 2 p.m. in the chapel of Green Hills Funeral Home with Pastor Michael White officiating. Burial will follow in Griffin Cemetery with Ryan Aldridge, Tom Hineline, Jerry Lewis, Wiley Brantley, Greg Sheppard, and Theron Green serving as pallbearers. Visitation will be two hours prior to the service at the funeral home.

Butch was carpenter by trade, but character by all other references. It was rare you found him without an entourage of laughs and a little mischief. He enjoyed a generous spread of fried fare, catfish being a mouthwatering plus, and all the fixins’ on the side, like peas, cornbread, and warm scratch biscuits. When his belly was full, he could take in hours of his favorite NASCAR driver, Casey Cane, with a little snore in between laps, or some quick trading across the local buy, sell, trade Facebook groups. Butch was one with the wild too, drawn to the marvel of nature, setting up camp, honing his raw survival skills, and taking-in the wonderment of the area’s hidden waterfalls. He was a regular caster under the Blackwells Bridge in Slapout, rarely coming home without a catch, and a fierce poker player as long as hands were dealt his way.

Mr. Griffin is survived by his longtime companion, Mabel Sleight; children, Carol, Angela, Marvin, and Stephanie; 10 grandchildren; and three great-grandchildren. He was preceded in death by his parents, Norton Everett Griffin and Betty Josephine Griffin Smith.

Friends and family can sign the guestbook online at www.greenhillsfuneralhome.net. The staff of Green Hills Funeral Home is honored to serve the Griffin family.

To order memorial trees or send flowers to the family in memory of William “Butch” Griffin, please visit our flower store.