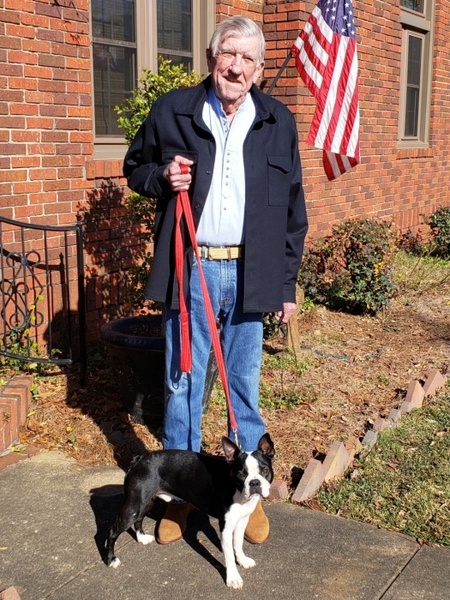 Charles, though not native to Troy, has become a fond fixture in his community. He’s what they chuckle, an import, by way of true love found through a mutual friend. He and Ann were ignited again with giddy spirits, love for exploration of new “old” things, and sweet companionship. They married in October of 2012 and set out to make grand memories together. Charles had an eye for natural beauty and a great appreciation for the efforts made by townsfolk to enhance their surroundings. It was easy for him to share interest in Ann’s passion for antiques, as they too come with bounds of character and beauty. They travelled the eastern countryside in search of great treasures and made it a point to venture abroad often. Some of their greatest tours were through regions of Ireland and England, most notably the limestone architectural grandeur of Cotswolds and the rugged terrains of Cornwall. Memories were made around home as well, often over one of Charles’ infamous Muffuletta or Reuben sandwiches. Charles made fast friends wherever he went with people and pets alike. His kind spirit was infectious, and his mere presence enhanced this town immensely.

In lieu of flowers, memorial donations can be made in his honor to the St. Mark’s Episcopal Church Memorial Fund (C/O Diane Porter, 401 West College Street, Troy, AL 36081). Friends and family can sign the guestbook online at www.greenhillsfuneralhome.net. The staff of Green Hills Funeral Home is honored to serve the Hart family.

To order memorial trees or send flowers to the family in memory of Charles Hart, please visit our flower store.